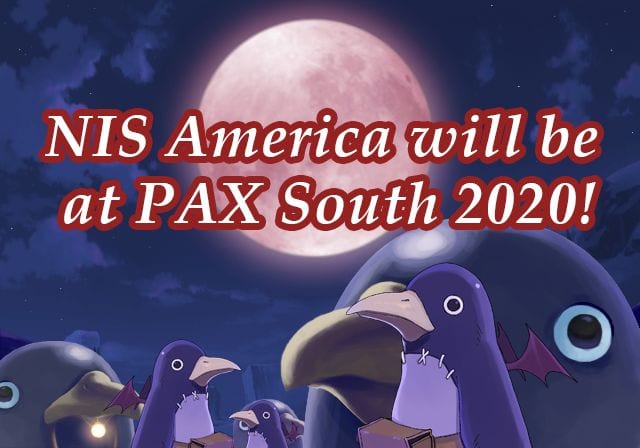 Today NIS America reached out with a press release to announce its attendance at PAX South 2020, which will include a panel.

According to the announcement, the panel will include announcements and reveals, and there will also be a special guest.

Below you can read the official tease.

“This panel will cover information that has never been revealed, along with new announcements to be made.

A special guest will be speaking on said announcements, so this is a panel not to be missed. “

The panel will be hosted at the Main Theatre in the Henry B. Gonzalez Convention Center on January 17 at 2:30 pm Central Time.

If you’re not familiar with the event, PAX South will be hosted in San Antonio, Texas, between January 17 and January 19, 2020.

NIS America has been very active in bringing Japanese games to the west, both from the lineup of its parent company Nippon Ichi Software and from other studios, including the upcoming Langrisser I & II Remake, La Mulana 1 & 2, and The Legend of Heroes: Trials of Cold Steel III.

There are a few games by Nippon Ichi Software that have not been announced for the west just yet, including void tRrLM(); //Void Terarium, Jinrui no Minasama e, and Murder Detective Jack the Ripper.

We might hear about localization for those, even if I’m sure many are hoping for The Legend of Heroes: Trails of Cold Steel IV.