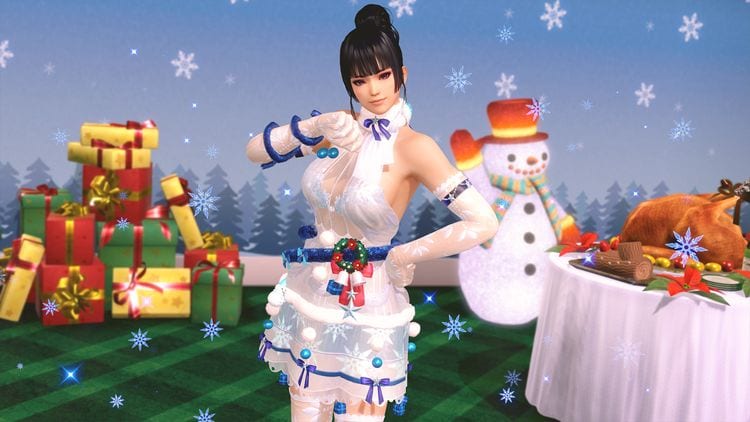 The new event celebrates Christmas, which is a period in which Japanese free to play games go into overdrive, and this isn’t an exception.

To be specific, the event features two gachas including all the girls (excluding the newest entry into the cast, Saiyuri) with a  3.3% chance to get a SSR costume. That’s much better than the usual abysmal 1.1%.

The new costume is called “Holy Snow” and it’s destructible, as you can see in the trailer below.

It’s a good chance to unlock some of the ladies you yet have to get, even if I seem to have terrible luck with that.

On top of that, there are chests that you can gift to the girls in order to activate a variation of the watermelon smashing minigame and get additional goodies.

It’s worth mentioning that this is valid only for the Japanese version of the game via DMM. The Steam version in English is behind in content by approximately a year, so it’s rehashing last year’s Christmas event and costumes instead.

Those same older costumes are also available in the Japanese version via a Nostalgia Gacha.

Incidentally, if you haven’t logged in in a while, you will also find the free gooedies from the latest livestream including a December SSR Ticket, and 5,000 V-stones, so you’ll have some free gacha-ing to do.