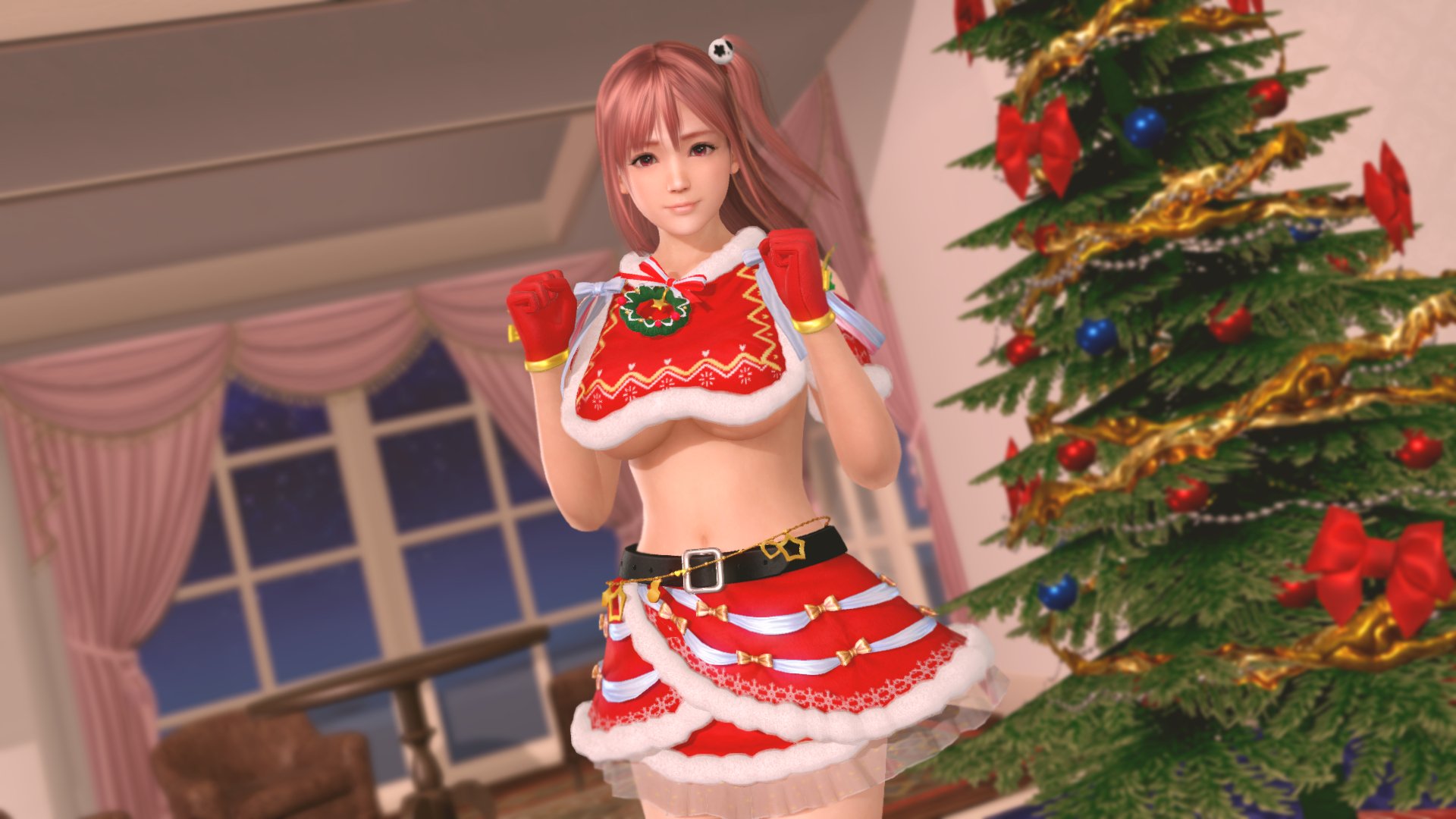 It’s that time of the year when all free to play games launch festive events to celebrate the Holidays and possibly increase revenue Dead or Alive Xtreme: Venus Vacation is, of course, no exception.

Since it’s a Japanese game, and Christmas in Japan isn’t really seen as a religious Holiday as much as a chance to party and spend money, there’s no need for generic definitions: Koei Tecmo and DMM launched the “Goddess’ Christmas Present” event.

As usual, it comes with a solid amount of V-Stones to earn, and presents that can be dropped on the girls in exchange for rewards including token to purchase furniture in the new Owner’s Room feature.

On top of that, we get a dedicated gacha with Christmas-themed outfits, more (reindeer-themed) that can be grabbed via the token earned in the event and even two gachas with last year’s outfits.

To celebrate the event, we also get a trailer and a few screenshots showcasing the featured SSR outfits, which are rather cute. You can check those out below.