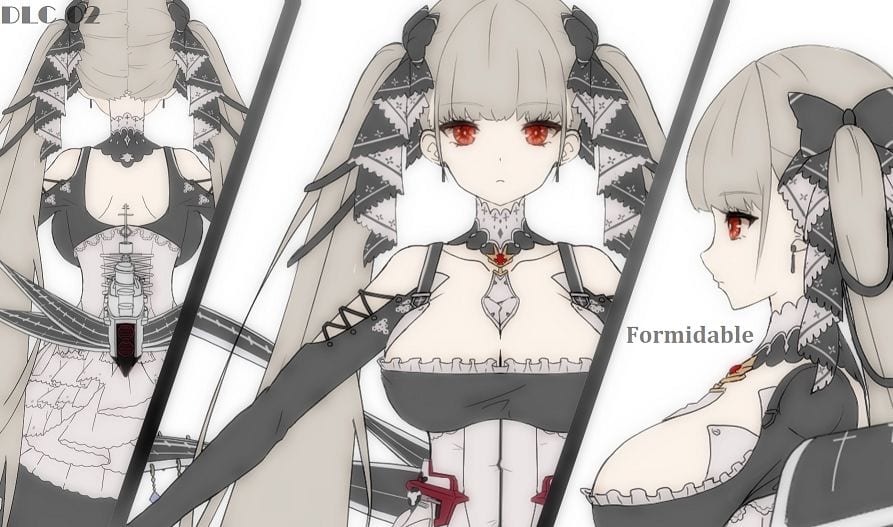 Today Yostar and Compile Heart provided another look at the future of Azur Lane and its console/PC version CrossWave.

First of all, Compile Heart showcased the first look at the previously-announced DLC featuring Formidable.

We get to see her from the front, side, and back, with the mention that her design has been supervised by the original developer Manjuu.

On top of that, we learn that the next reveal will show the third DLC shipgirl.

If you’re a fan of the mobile game, we also get to see more skins that will come within the collaboration event with the virtual YouTuber agency Hololive.

This time around we see skins for Tokino Sora, Shirakami Fubuki, and Ookami Mio. On top of that, a dedicated dorm set has also been announced.

Incidentally, we also learn that the event will start on November 27.

Azur Lane: Crosswave has already been released for for PS4 in Japan, and it’s coming to the west next year with a PC version on top.