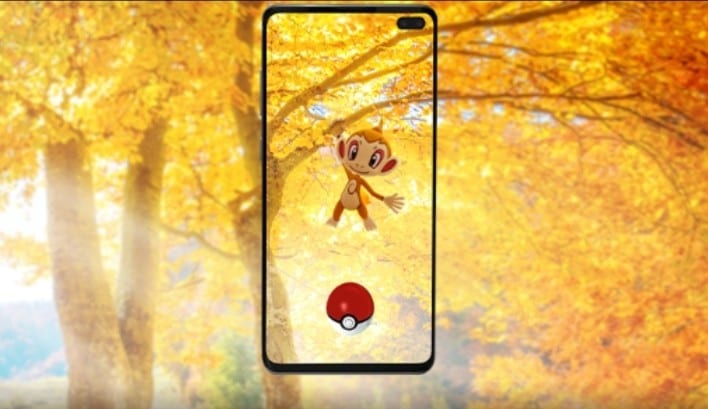 Following a few days after this month’s mostly uninspiring Trapinch Community Day, the Pokemon Go Twitter has announced that the November event will focus on the Fire-type Pokemon, Chimchar.

The initial response to the announcement seems to be mostly positive. However, most responses on Twitter indicate that a large portion of Pokemon Go players saw this coming.

Despite that, it’s more encouraging to see this compared to the mostly negative response that was seen along with Trapinch announcement for the October Community Day.

This time around you’ll be able to catch boxfuls of Chimchar on Nov. 16 from 11 a.m. to 2 p.m. local time. This Pokemon is a starter from the Sinnoh region and just like other starters, Chimchar requires 125 candies to fully evolve.

As is customary with every Community Day, the focus Pokemon of the event will get a new attack added to their moveset. It’s looking likely that Chimchar’s final evolution, Infernape, will get Blast Burn as the other Fire-type starters have.

A few more goodies that are carrying over from the past events are extended lure times and the addition of shiny Chimchar. Any lures you place during the event will last three hours instead of the typical 30 minutes.

The shiny version of Chimchar leans more towards the pink end of the color spectrum, but it’s not anything drastically different. However, it’s still enough of a change to be easily noticeable.

The last extra incentive for this Community Day is that hatch distances are cut by 1/4. It’s not as big as past events that had 1/2 hatch distances, but it’ll be helpful for hatching all the new Pokemon added over the past month.

You can check out the reveal trailer for the Chimchar Community Day below:

It’s great that we know about the November Community Day already, but if you’re looking for something new right now, then check out all the news on the Pokemon Go Halloween event that starts tomorrow.

Better yet, check out another major event coming up in Pokemon Go next month when the Colossal Discovery event launches on Nov. 2.