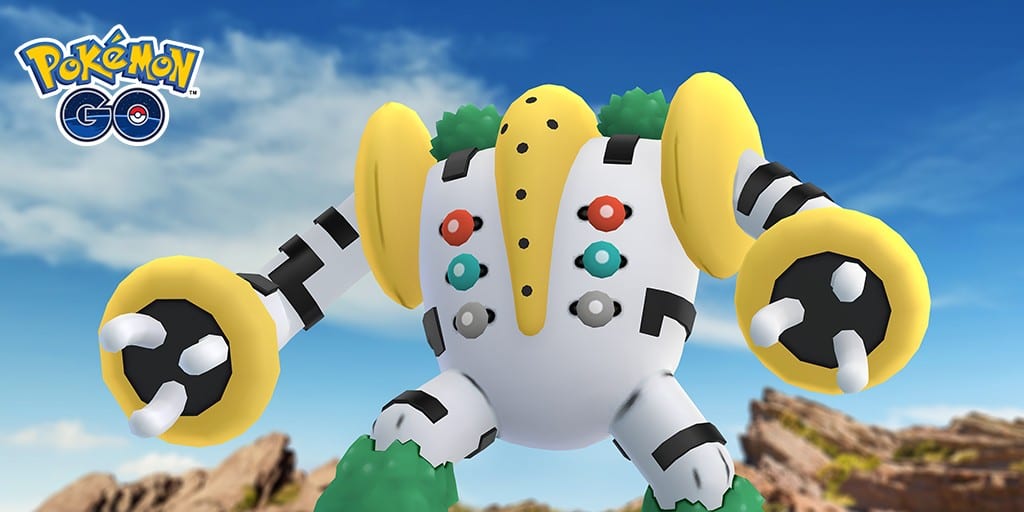 On top of the announcement that the 2019 Pokemon Go Halloween event is starting this Thursday, Oct. 17, we also gained some knowledge of the highly anticipated Colossal Discovery event that will debut Regigigas.

Starting right after the Halloween event ends on Nov. 1, the Regis (Regice, Regirock, and Registeel) will be taking over legendary raids in Pokemon Go. However, this will be a much shorter event only lasting until Nov. 4.

Along with the return of the Regis is the chance of finding a shiny version of each one. As for other Pokemon, Skarmory will also be getting a shiny variant starting Nov. 1.

There will also be an uptick of the appearance of Rock-, Ice-, and Steel-type Pokemon during the event. This includes wild encounters and egg hatches.

If you’re looking to stock up on any of those Pokemon that will become more common in hatches, then the doubled incubator effectiveness will certainly help.

The biggest announcement of the whole lineup is the introduction of Regigigas. You’ll be able to catch this legendary Pokemon in EX Raids in the future, but this event will give you the chance to get it early.

Starting on Nov. 2, you’ll be able to start the Colossal Discovery Special Research quest. The event can be completed at your leisure. They say that completing it between 11 a.m. and 7 p.m. local time will give you the optimal experience.

They don’t specify exactly what that means, but it could be inferred that you won’t be able to get Regigigas unless you complete the Special Research within the allotted time.

It’s also incredibly important to note that this will be the first paid Pokemon Go Special Research quest that’s available to anyone around the world. Special events like this have happened at Go Fests in the past.

This past Summer, trainers who attended Go Fests were able to get the Pokemon Jirachi before the Special Research event released to the public.

The Colossal Discovery ticket will cost $7.99 in the Pokemon Go shop and can’t be purchased using Pokecoins. People who purchase the ticket will also get 10 free raid passes from gyms during the special event on Nov. 2.

You’ll also receive one Unova Stone, Sinnoh Stone, and a special trainer pose as you work your way through the special research. This is the first time that Unova Stones and Sinnoh Stones will be purchasable, albeit indirectly.

Here are the steps they provided for how to purchase the ticket:

It has been a news-filled day for Pokemon Go fans and if you’re interested in the Halloween Event announced earlier, then check out all the details here.