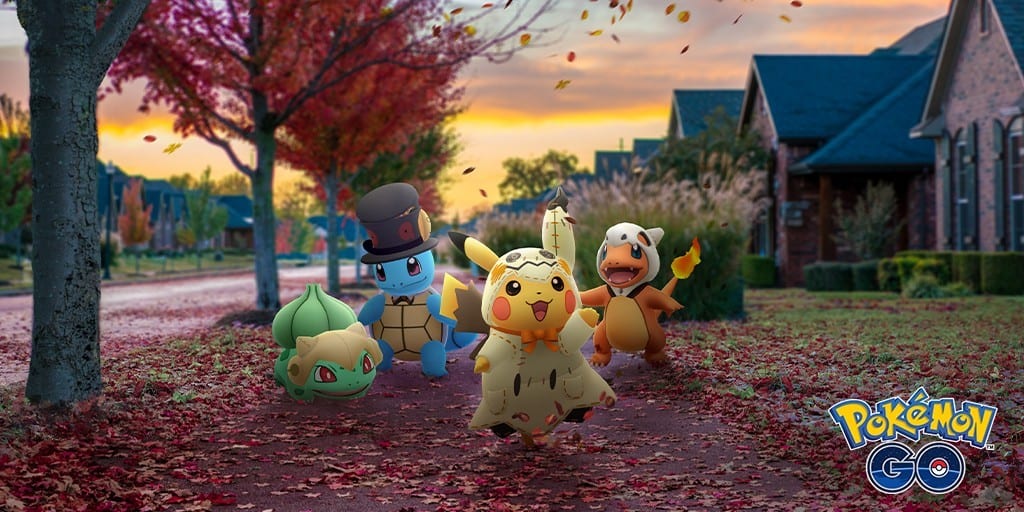 Another October means another bounty of goodies to add to your collection in Pokemon Go. On Oct. 17 the fourth annual Halloween event will hit the app and bring along new creatures and much more.

As is almost customary now, a new Ghost-type Pokemon is coming to the game this month. Yamask from the Unova region will be catchable in the wild. What’s more, there’s a chance you’ll find a shiny variant.

There will also be plenty of spooky clothing that will hit the shops as well: a Zubat Bag, a Pikachu Onesie, a Cubone Cap, a Litwick Cap, and a Mimikyu Bag.

You’ll also encounter more Dark- and Ghost-type Pokemon during this event. And the strongest Dark-type in the game, Darkrai, will finally make its debut in legendary raids.

This will also be a great event for anyone looking to collect more candies of any Pokemon since you’ll get double candy for catching, hatching, and trading this month.

They also teased the return of the Spiritomb special research quest from last year. This Ghost/Dark-type creature is known as the Forbidden Pokemon and they hint that you might encounter a Forbidden Pokemon.

Finally, Pikachu, Squirtle, Bulbasaur, and Charmander are getting ridiculously cute costumed variations in Pokemon Go. Here’s the breakdown of what you can get:

All of these goodies can be yours until this Pokemon Go event ends on Nov. 1. For those who still need last year’s Halloween raid boss, Giratina is still in legendary raids for now until Darkrai takes over on Oct. 17.