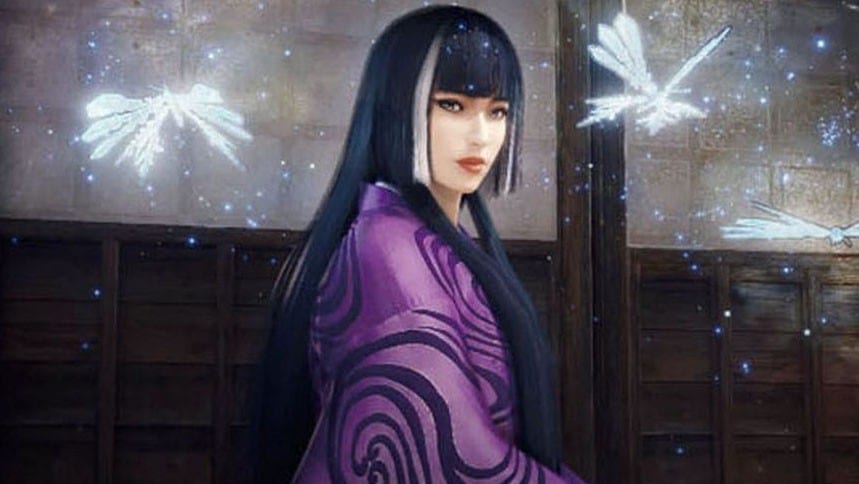 We get to see the return of Nouhime, who appeared in the first NiOh. After dying at Honnouji Temple with her beloved husband Nobunaga, she was resurrected as a Yuki Onna.

Rie Tanaka is reprising her role playing Nouhime, of course.

Another relevant character is Imagawa Yoshimoto, a daimiyo from Tokaido known for his proficiency with the bow. His guardian spirit is the elephant with six tusks Rokugezou.

Interestingly, by defeating an enemy warlord players will be able to acquire their guardian spirits, including the powerful Rokugezou that can unleash lightning all over the battlefield.

Speaking of battles, we get to see three new Youkai, Ippondatara, Waira, and Enenra.

Two levels showcased include the town of Tatara and the famous battlefield of Okehazama, where Oda Nobunaga defeated Imagawa Yoshimoto.

NiOh 2 will release for PS4 in early 2020. If you want to see more, you can enjoy the latest trailer, the latest multiplayer gameplay, another set of videos, the latest batch of screenshots, and plenty more images from the day before.