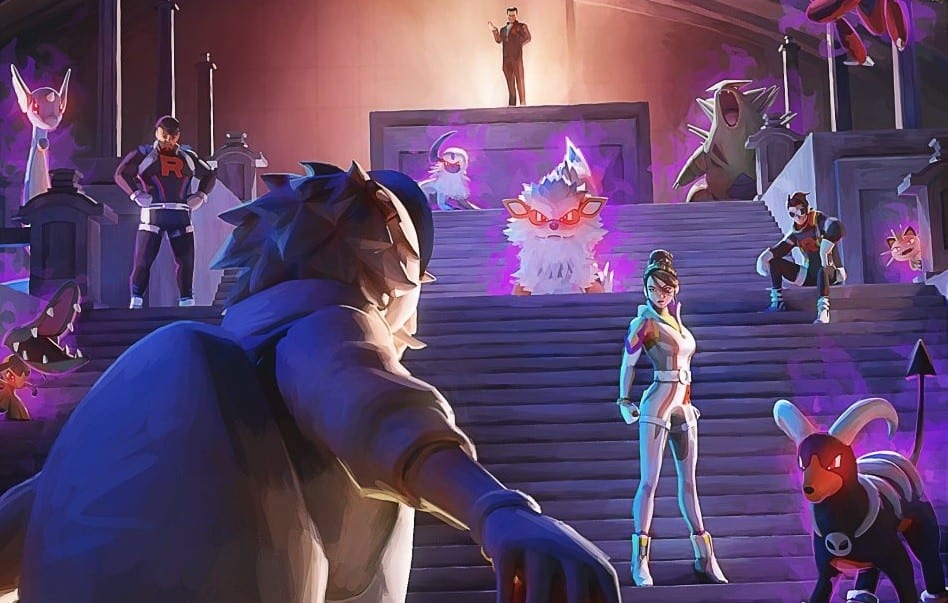 One of Pokemon GO’s latest additions —aside from the long-awaited Unova region Pokemon— is the villainous Team GO Rocket. Until now, this insidious organization has been content with stealing items from Pokestops (that already provide trainers with free items), challenging players to battles, and abandoning corrupted Shadow Pokemon when defeated.

However, if the latest announcement is any indication, Team GO Rocket is about to initiate a new phase of their plan to denounce the evils of truth and love, extend their reach to the stars above, and steal all the Pokémon in the world.

Late last night, the official Pokemon GO Twitter account posted a picture of a Pokemon trainer challenging Team GO Rocket to a battle. However, instead of fighting regular grunts, this nameless trainer is about to battle a few new faces and their army of Shadow Pokémon:

While the image features several new Shadow Pokemon, including Mawile and Absol, the big takeaway from the picture is the new Team GO Rocket members. Judging by their unique body shapes and outfits, they are most likely powerful Team GO Rocket Admins, and the man in the background is clearly the organization’s leader, Giovanni. Moreover, everyone is standing in front of a building inspired by the Viridian City Gym from the Pokémon anime.

While the tweet doesn’t reveal how or when Team GO Rocket will initiate the next phase of its plan, it does imply players will fight the organization’s Admins and leader, and the Gym in the background could be a not-so-subtle clue about the nature of these fights. I will not be surprised if trainers have to team up to defeat Team GO Rocket’s Admins and Giovanni in Shadow Pokémon raid battles, as raids only take place in Pokemon GO Gyms.

The twitter announcement says trainers should “stay tuned,” so odds are more news or the Team GO Rocket Admins (or both) will land soon. Just be on the lookout.