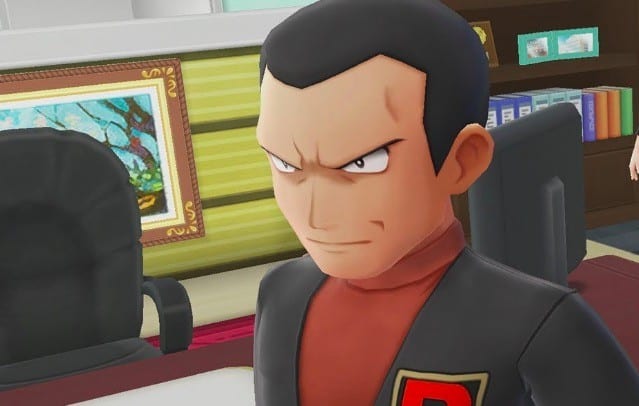 Pokemon GO Fest Yokohama is already under way, and it features tons of Pokemon just waiting to be caught. Players have encountered Chatot, Unown, Pikachu and Eevee wearing special hats, and even the mythical Jirachi. However, an uninvited and infamous guest decided to crash the party

Earlier today, Twitter user YAMADA_N_Domo posted a picture of a Sneasel. Unlike most Pokemon GO snapshots, an in-game character photobombed the picture, but instead of a Smeargle, this mystery photobomber was none other than Giovanni, the leader of Team (GO) Rocket. YAMADA_N_Domo’s reaction, an incredulous “What! ? ! ? ! ?”, sums up the unexpected situation perfectly.

YAMADA_N_Domo’s encounter was not a one-off event, however. Twitter users such as shabon0001, angelmuse, and mi_mna8 responded with their own pictures of a photobombing Giovanni. The Pokemon fan site Serebii.net has also corroborated these reports.

This isn’t the first time a member of Team GO Rocket edged in on a Pokemon GO player’s screenshot. Last month, trainers in Dortmund reported that Team GO Rocket Grunts photobombed their pictures, but Yokohama marks the fist time the organization’s shadowy leader brazenly stepped out in the open, the Team GO Rocket trailer notwithstanding

Currently, Giovanni’s role in Pokemon GO is a mystery, but gamers have started speculating his future plans. One of the most popular theories is that since Team GO Rocket Grunts occasionally take over Pokestops and challenge players with Shadow Pokemon, Giovanni will invade Gyms and produce Shadow Pokemon raids. Some have also suggested Giovanni might recruit trainers to join a playable Team GO Rocket faction and give them a chance to put their Team Rocket costumes to bad use.

While Giovanni’s end goals are currently unknown, his appearance indicates that Team GO Rocket activities are about blast off (again), and it will be up to Pokemon GO’s legions of players to stop them.

For more news and updates on Pokemon GO, stick with Twinfinite.