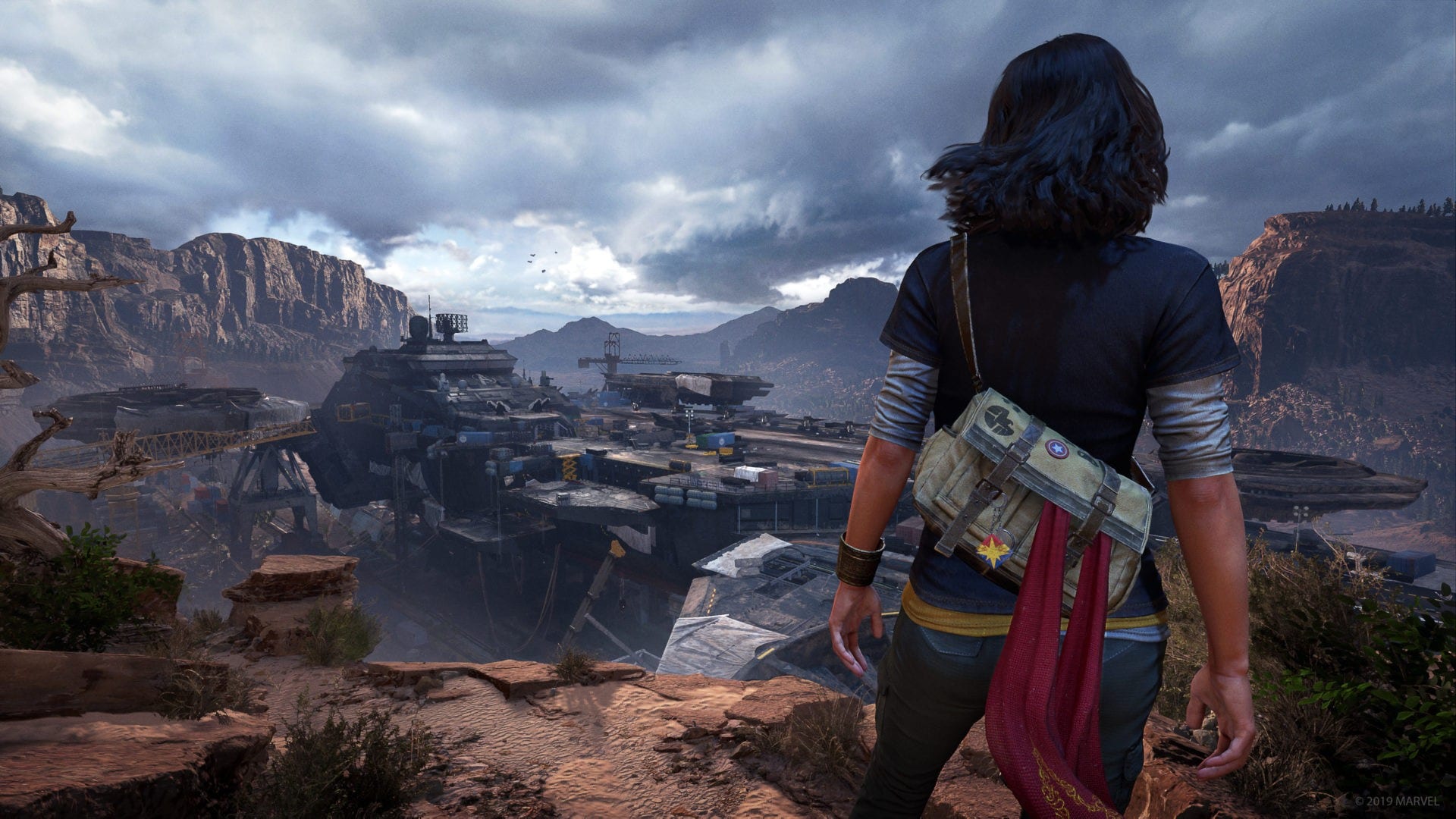 Yesterday, I, along with several other participants, was invited to participate in a hands-on demo of the upcoming game Marvel’s Avengers. After the demo, our hosts —none other than Scot Amos and Hannah McLeod of Crystal Dynamics— provided us with new information on the game, including its sixth playable character: Kamala Khan.

For those of you who only associate the surname Khan with the villain of the second Star Trek Movie, Kamala is a super-stretchy superheroine who hails from Jersey City. Unlike Marvel’s other stretch-based hero Reed Richards, Kamala is less about tying up villains with a rubber band body (or outsmarting them with a 267 IQ) and more about inflating her fists and punching criminals with elephant-sized hands. Also, Kamala is a total superhero fangirl.

While Kamala is Marvel’s Avengers’ sixth playable character, she is arguably the game’s main character, as well as the driving force behind the Avengers assembling to fight A.I.M., the game’s main antagonists. While everyone in the game lost faith in superheroes after the disastrous A-Day —including the Avengers themselves— Kamala is ready to use her super-stretch powers and bottomless well of positivity and fangirlness to combat A.I.M.’s goons and reunite the Avengers. After all, that’s what superheroes do.

Now, Kamala’s inclusion might be the biggest piece of news (pun intended) from the Marvel’s Avengers demo, but it is far from the only nugget of info. Amos also revealed more information on the game’s missions, rewards, and upgrades.

Throughout the game, players will fight through campaign and warzone missions as they reunite the Avengers and build a new Avengers HQ. Campaign missions are exclusively single-player, and each one is designed around a specific character. Regardless of whether the mission tasks players with fending off enemies as Thor or flying through space as Iron Man, campaign missions always further the main story and unlock more missions.

Meanwhile, warzone missions are not tailored to any specific character, and players can complete these missions as any Avenger. More importantly, players can tackle warzones solo or with other players. However, if another player picks your favorite Avenger, you have to play through the mission as another character, so don’t expect to construct teams made of nothing but Hulks; that would just be broken.

While warzones unlock more missions, they don’t further the main plot. Instead, some warzones showcase an individual character’s personal story. We don’t know what kinds of narratives these missions will provide, so it’s up in the air if any will involve Thor playing Fortnite and eating Cheez Whiz.

Each mission, regardless of type, rewards players with sweet accessories. Most loot is Avenger-specific equipment that boosts stats and provides combat perks, and this equipment also comes in a variety of rarities. Yes, Marvel’s Avengers contains shades of dungeon crawling loot, but who wouldn’t want to find a pair of repulsor gauntlets that gives Iron Man +5 punching and a chance to create an explosion whenever he headshots an enemy?

While players can reliably improve the game’s playable Avengers with equipment, they can also unlock new attacks via skill trees. As players complete missions, they will level up their characters and obtain points to spend on new abilities. Not unlike cosmetic costumes, some abilities are unique to Marvel’s Avengers and others reference Marvel comics, movies, and shows of old.

While Amos provided plenty of information, he only scratched the surface on character customization during the presentation. When the game releases, players will be able to delve into numerous systems Amos wants to keep hush hush for now.