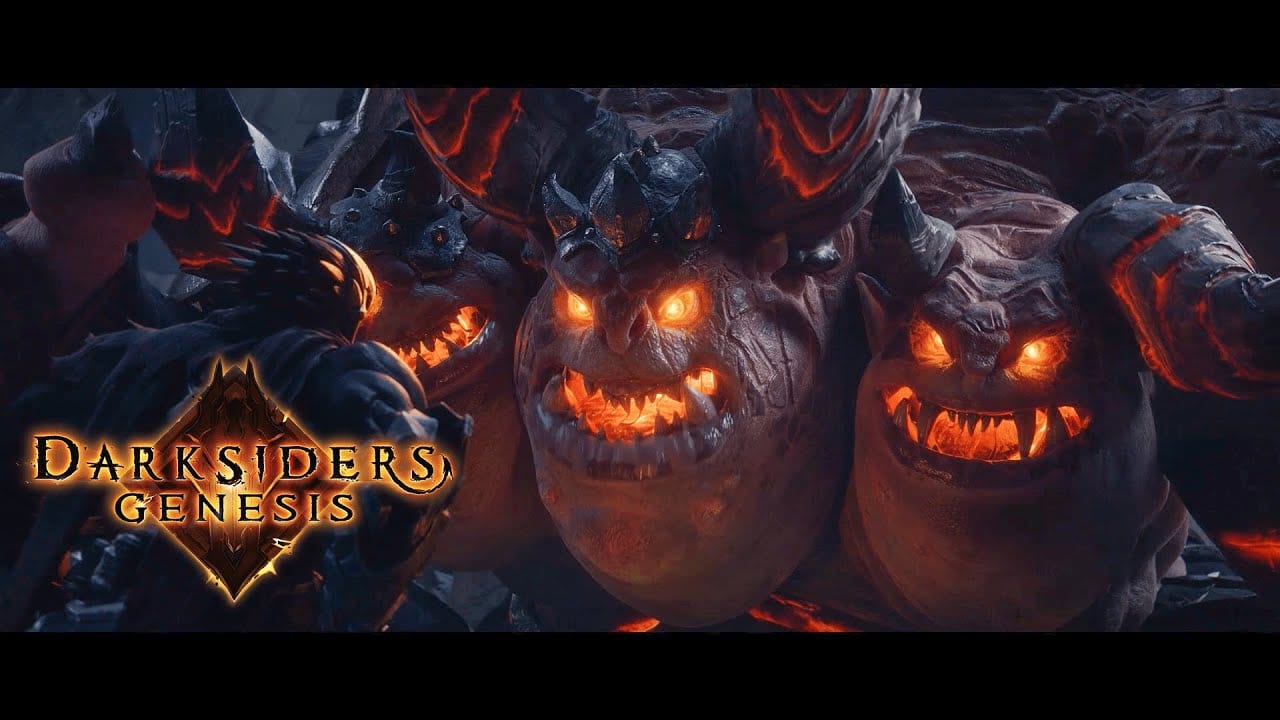 The first top-down action-adventure game in the Darksiders series has a launch date. Darksiders Genesis is coming to PC and Stadia later this winter, Dec. 5, while a PS4/Xbox One launch will follow on Valentine’s day next year, Feb. 14. The news comes by way of a CGI trailer that sees Strife and Malgros the Defiler face-off in a heated confrontation.

Strife, if you didn’t know, is the fourth horseman of the apocalypse and the game’s main protagonist. Joining him on this latest adventure will be series mainstay War, who’s playable either as a character to switch between in solo or as a teammate via the game’s co-operative mode.

Both characters can build up a special attack meter that, when activated, temporarily turns them into a colossal creature capable of wreaking havoc on its enemies.

The game is being developed by Airship Studios, whose portfolio includes the solid turn-based RPG Battlechasers: Nightwar, a game Twinfinite reviewed and enjoyed back in 2017.

Genesis was first revealed back in June earlier this year. The previous game in the series was Darksiders III, which saw the series return to the spotlight after six-year hiatus. You can check out our review impressions of that game here.