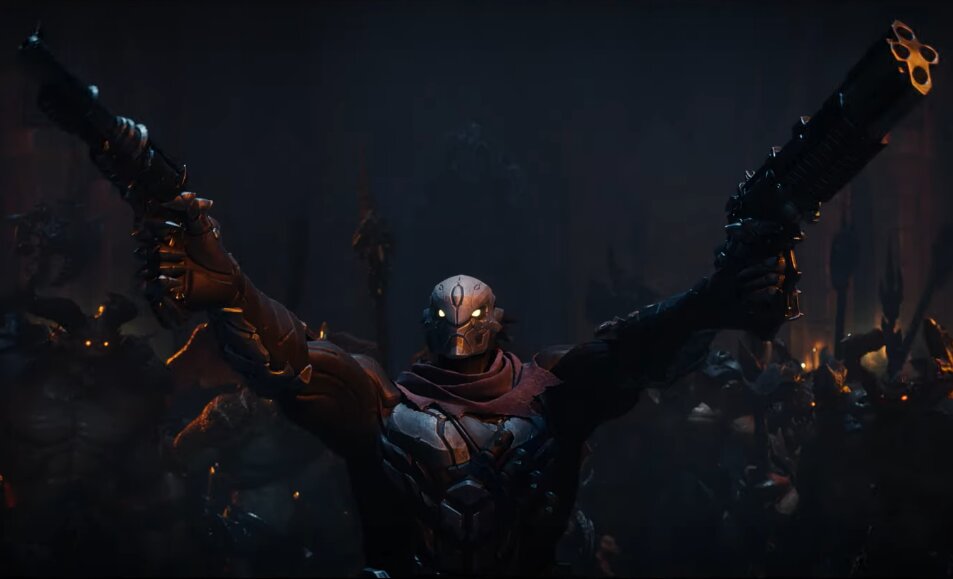 The Darksiders series is comparable to 3D Zelda games in its world design and structure. But today, a trailer released for a Darksiders game that’s a step closer to 2D Zelda games.

The brief teaser trailer for Darksiders Genesis (below) doesn’t give us much to go on. From the brief seconds of gameplay scattered through the teaser, we can see that it’s a top-down action game, perhaps similar to Diablo.

In the trailer, we see Strife, fourth horseman of the apocolypse, enter a room of enemies in a gorgeous cutscene, before blasting into combat with his pair of handguns: Mercy and Redemption.

Now, Strife is especially interesting because of how differently he should control from the last three Darksiders protagonists. For those unfamiliar, Darksiders is themed around the four horsemen of the apocalypse, and each entry in the series has put the player in the shoes of one of those four horsemen.

The three previous horsemen (Death, War, and Fury) all used relatively short-range melee weapons, such as blades and whips. Thus, Strife is the first playable character to have firearms as his primary weapon, making the play-style very different.

Clearly, this difference in weapon-choice resulted in a game with a totally different perspective: top-down. In the trailer, we can see Strife use the handguns as both long-range projectile weapons and up-close melee weapons.

If you’ll notice, the trailer shows not only a few glimpses of moment-to-moment combat, but also two instances of unconventional traversal. Strife wall-jumps between a neighboring pillar and wall to reach a higher spot, then grapples latches onto a grappling point to cross a gap.

Darksiders Genesis is coming to Nintendo Switch, PS4, Xbox One, Steam, and (curiously enough) Google Stadia sometime, although there’s no release date or window quite yet.

We wouldn’t be surprised if THQ Nordic has more to show off during E3 or the Google Stadia event. If you need details on where to watch all the E3 conferences, we have a comprehensive guide right here.