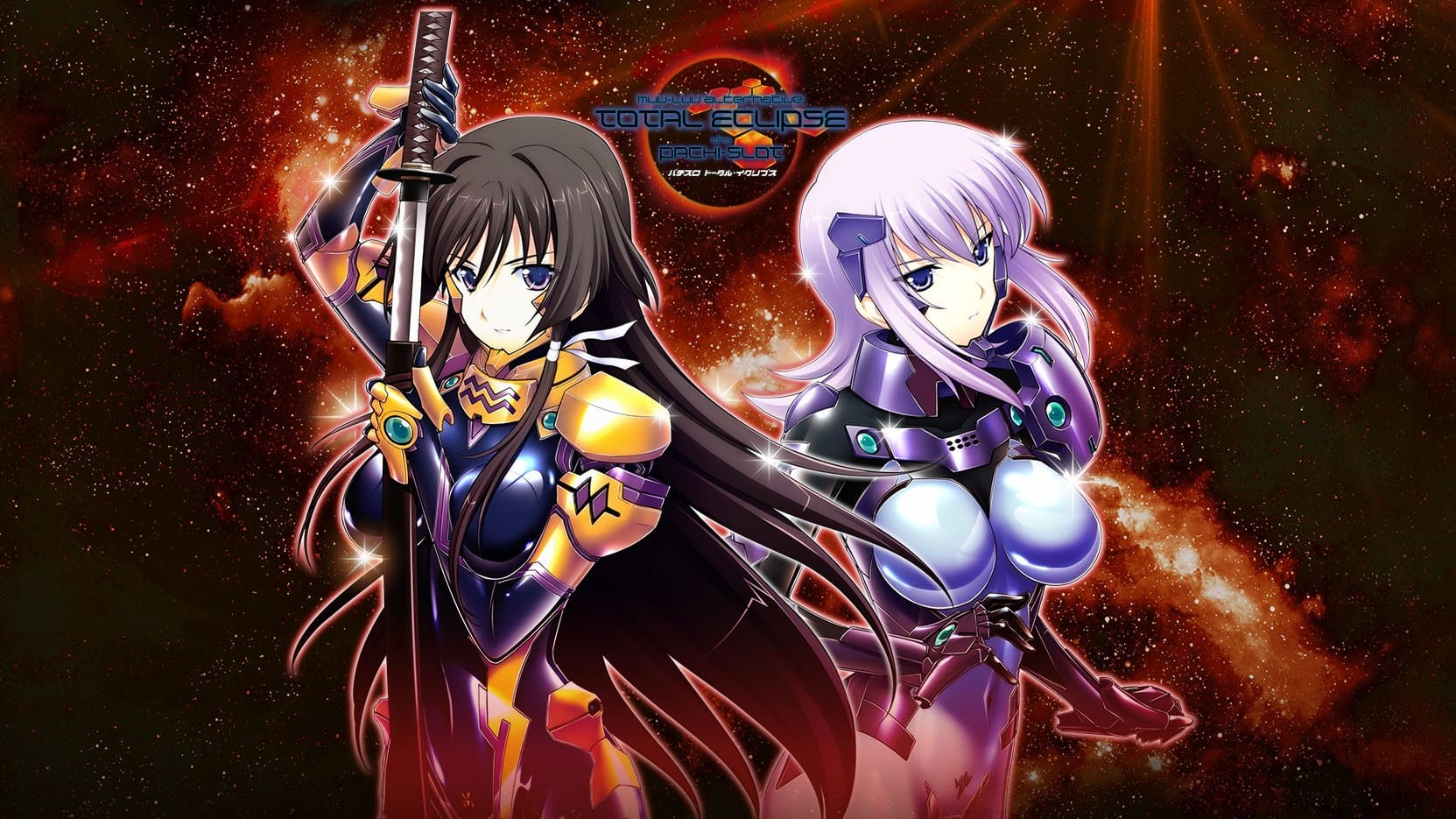 The popular Muv-Luv visual novel franchise has been in and out periods of silence as of late, but there’s one incarnation that has been quite active.

Japanese manufacturer Sankyo has been working on a series of pachislot machines dedicated to Muv-Luv Alternative Total Eclipse, which is one of the most recent releases of the franchise with both an anime series and a visual novel.

If you’re not familiar with the term “pachislot,” it’s a hybrid between the Japanese quasi-gambling contraption pachinko and a slot machine.

Today I actually came across the sign below while strolling Sun Mall in Nakano, Tokyo.

Being a massive fan of the franchise, my eye is trained to instantly spot anything related to Muv-Luv (it’s a skill I developed while searching for figures and merchandise in the super-densely packed Japanese hobby stores), so I couldn’t miss Yui Takamura staring at me from the wall in front of a local Pachinko Parlor.

I stepped in to check out what the sign was about, and I discovered that the parlor had just installed two pachislot dedicated to Muv-Luv Alternative Total Eclipse, featuring a recent revision named “Lv. Max-RT.”

You can check them out in the video below.

Further investigation led me to the machine’s official website, where I learned that Sankyo is actually preparing to launch a brand new Muv-Luv pachislot, simply titled Muv-Luv Alternative Total Eclipse the Pachislot 2.

It even comes with teaser trailers, as you can see below.

If you don’t know what Muv-Luv is all about, the main series can be found in English on Steam and on PS Vita.

You can also take a look at the real-life tree that inspired some of the series’ most poignant scenes.

Incidentally, another Muv-Luv release is coming to the west, in the form of Muv-Luv: Photonmelodies. âge recently announced its 20th-anniversary event, which will happen in October.