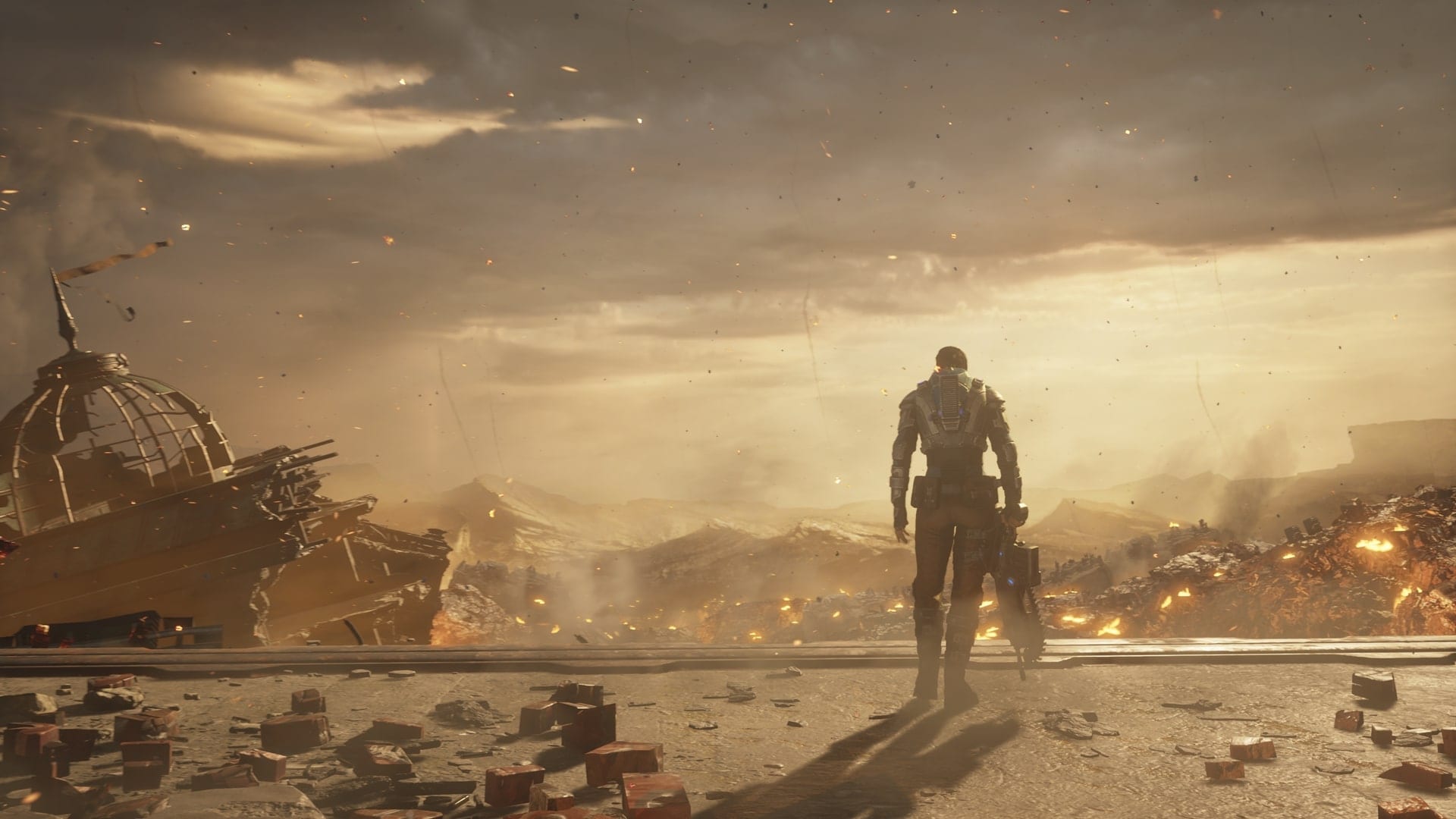 If you thought that Swarmaks, Wardens, and everything else the Swarm had thrown at you up until the end of Gears 5 was bad, just wait until you get a look at the Kraken. This thing is basically designed to sink human civilizations in the blink of an eye, and you’ll have to take it down. Here’s how to beat Kraken final boss fight in Gears 5.

The principles remain the same for beating the Kraken in Gears 5 in the final boss fight as it was the first time you encountered it. The Kraken has a bunch of weird tongue, tentacle things in its mouth that conveniently have glowing weak spots.

As you might have guessed, all you need to do here is fire at the tentacles inside its mouth until they retreat back inside.

Three will appear in total at a time, emerging from the Kraken’s mouth in quick succession one after the other. The trick here is to shoot at them in the order they appear and quickly moving onto the next.

If you’re too slow, the tentacles will surge out, grabbing either you or one of your teammates or other members of the COG fighting alongside you.

You’ll have a chance once the Kraken has grabbed someone to shoot them free before they’re tossed into the beast’s mouth, so be sure to do that.

If the Kraken grabs hold of Kait (you), you’ll need to quickly press the B button as much as you can to try and break free.

After a while, Baird will let you know that the railguns on either side of the platform you’re fighting the Kraken on are available to shoot.

Run over to either of these, get behind it and press X to interact with it. Then, use the left analog stick to aim it at the Kraken’s mouth, wait for the reticle to go orange, and then press RT to fire.

Following a quick cutscene of the Kraken taking a giant blast to the face, the Kraken will try and suck you into its mouth. Simply shoot at the glowing tonsils at the back of its throat and it’ll eventually stop. Then it’s simply a case of shooting at the tentacles once again.

Each time you hit the Kraken with the railgun in Gears 5, this final boss fight will get tougher, with the tentacles appearing faster after one another, and moving quicker.

After hitting the Kraken with a third blast from the Railgun, it’ll finally go down and you’ll emerge victorious. It’s a fairly easy final boss fight as long as you know what you’re doing, just take your time and focus on those tentacles.

To summarize everything we’ve noted above, and a few bits we haven’t, check out our step-by-step how to down below on how to beat the Kraken.

That’s everything you need to know on how to beat Kraken in Gears 5’s final boss fight. For more tips, tricks, and guides, be sure to search for Twinfinite, or check out our ever-expanding guide wiki. We have also listed some other helpful guides down below.