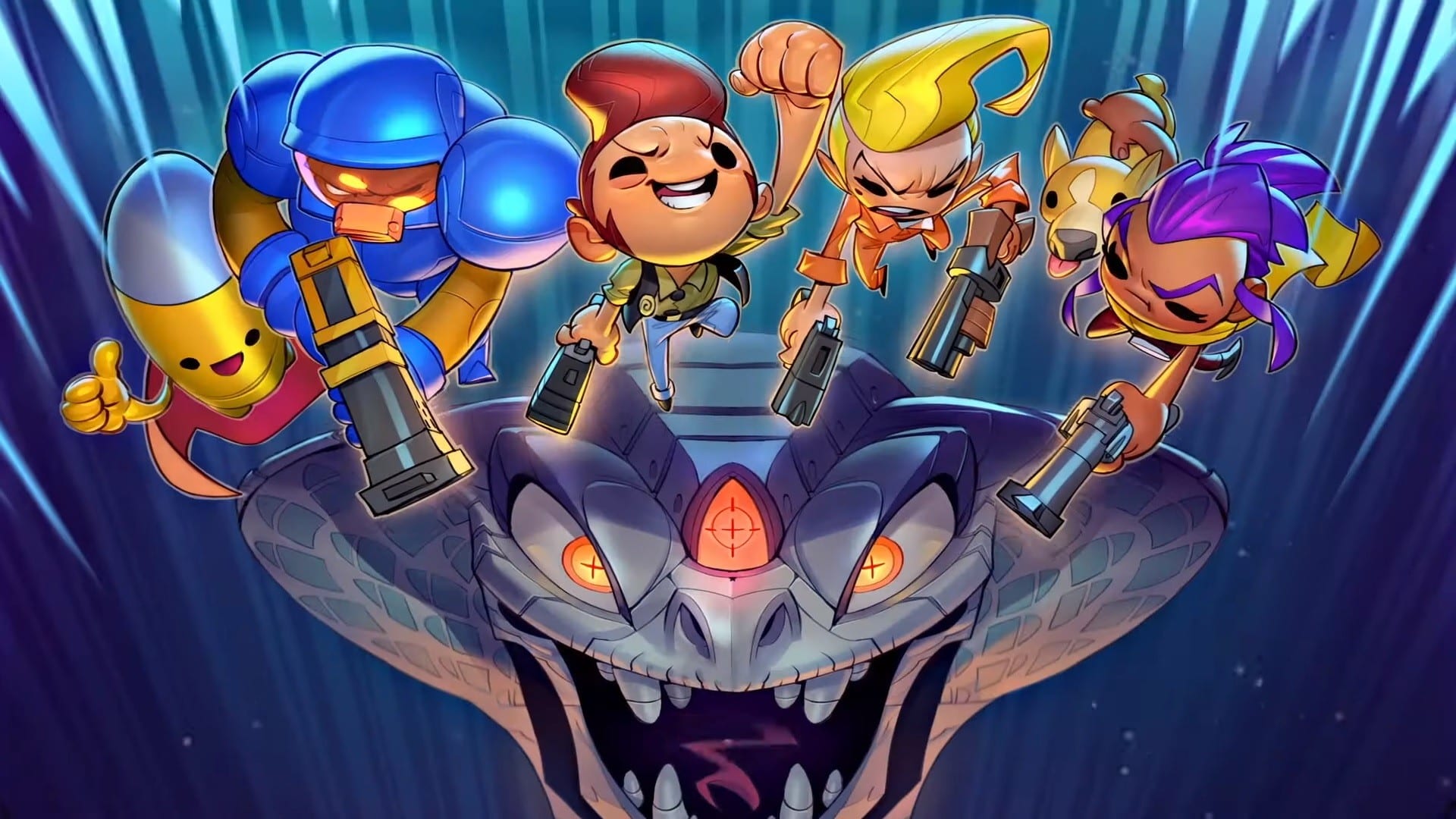 Exit the Gungeon is yet another tough as nails bullet hell game where players control of one of several quirky characters (dubbed Gungeoneers) and fight through dungeons full of sentient bullet casings and other gun-themed enemies. However, instead of crawling through dungeons, players climb them and are subjected to several minigun belts worth of challenging levels, including claustrophobic rooms, runaway trains, and express elevators from hell.

As you might expect, Enter the Gungeon’s wild and wacky guns return in full force in Exit the Gungeon. Throughout the game, players find weapons of every kind, including mundane shotguns, hi-tech laser guns, and magical unicorn horns that shoot rainbows of death. And yes, Exit the Gungeon is randomized, so players can expect to find different rooms and loot (including hats) each time they play the game.

While Enter the Gungeon is playable on PC, Xbox One, PlayStation 4, and Nintendo Switch, Exit the Gungeon is only available through Apple Arcade. For those of you who never heard of Apple Arcade, it is a gaming subscription service that launched today and is limited to Apple devices, including iPhones, Mac computers, and Apple TV. The subscription is a measly $4.99 a month and already includes a sizable selection of titles.

With any luck, Dodge Roll will port Exit the Gungeon to other platforms in the near future, as well as support the title with updates that bring new Gungeoneers, levels, and weapons.

For the latest news and updates, stick with Twinfinite.