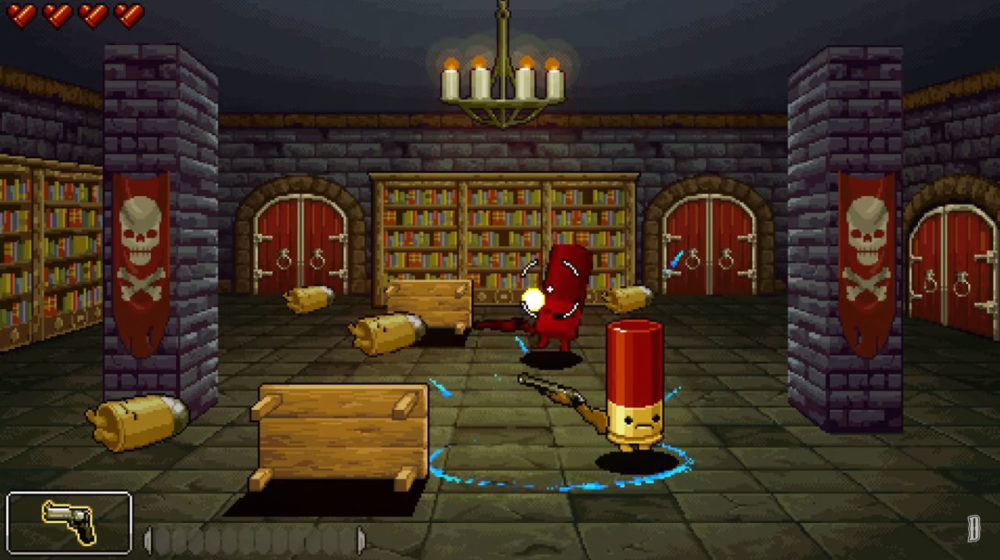 Enter the Gungeon is expanding its universe a little, as Devolver Digital announced a brand new way to play the series at its E3 2019 press conference. Titled House of the Gundead, the spin-off is an on-rails shooter that takes players throughout the many floors known to the original game in a unique new way.

No doubt a play on the king of the on-rails shooter, House of the Undead, this new Enter the Gungeon title brings the game to an arcade cabinet. That is right, you can now play the series just like would at an arcade in the 90s.

With two guns on the cabinet, you and a fellow Gungeoneer can explore the world together, collecting just as many insane guns and dodge-rolling your way to victory by defeating the legendary guardians of the Gungeon.

For more information on Devolver Digital’s E3 2019 press conference, and all of the other E3 2019 events, be sure to check back to Twinfinite for constant updates.