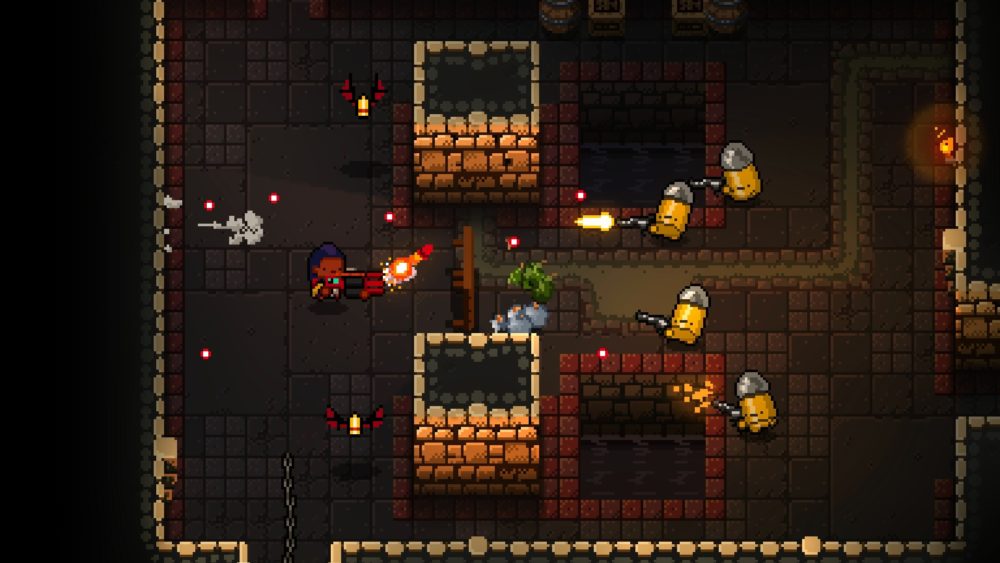 Enter the Gungeon is a critically acclaimed rogue-lite indie game that has garnered a rather passionate following over the past few years. After the release of the massive update Advanced Gungeons & Dragons, fans thought they’d still have another exciting expansion to look forward to. However, that is no longer the case.

In a Reddit post last week, Dodge Roll Games announced that they have ceased development on the expansion. Instead, they’ll be releasing a smaller, free update that packs in some new content.

The reason for the cancellation? It’s pretty simple, really. Dodge Roll explained that since the release of Enter the Gungeon, the team has gotten more proficient at development. However, the game’s foundation feels shaky at this point, and every new inclusion or addition to the game requires them to wade through “years-old code” to make sure that everything gels together, and the team feels that the complexity of their work on this game will only grow as development continues.

In short, Dodge Roll has decided that it’s time to move on from Enter the Gungeon and start working on a new project.

They also provided a brief description of what fans can expect from the game’s final update:

‘We are currently working on Enter the Gungeon’s final update, the name of which we will reveal soon. It will address some lingering and annoying bugs (and console crashes), and add one long requested feature: a new character that starts with random equipment, as well as a number of new guns (~20), items (~10), and synergies (~?). It will also add a handful of other small features.

As mentioned, this (smaller) update, in Gungeon tradition, will be free for all players. The randomized “Paradox” character will not have their own past, but instead play a random one should you choose to kill your past, rather than ending your run somewhere… hotter. We will be including some console (notably Switch) performance improvements in this as well. We are looking to have this update into console certification before the end of the year.’

Enter the Gungeon is now available on consoles and PC.