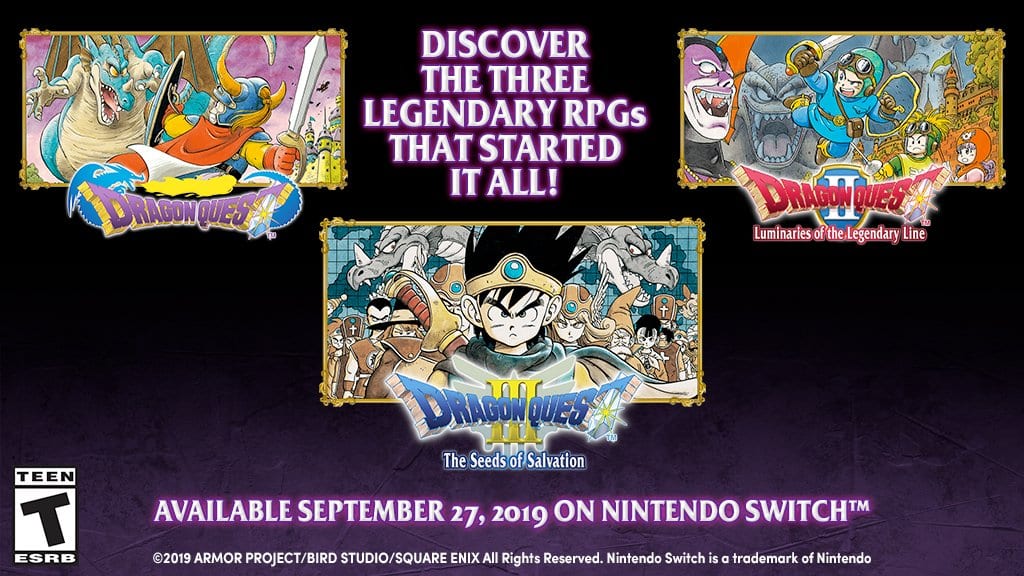 Square Enix is bringing the first three Dragon Quest games to Nintendo Switch for both North America and Europe, the publisher announced today. All three of the games will release separately on the same day, Sept. 27.

The news follows on from last week when Square Enix revealed plans to release the pack for Japan. Thankfully, it’s now coming west too. And for European players, that will mark the first time the game’s have been given a console release.

“This modern collection of the classic titles features simple and intuitive controls that mimic retro gameplay, paying homage to where the legacy began,” a press release reads.

Dragon Quest XI S is, of course, soon to launch for Nintendo Switch, and today’s related news is no doubt deliberately timed. You can check out some recent screenshots of the new version here.

The franchise seems to be gaining more traction in the west recently, both as a result of XI’s excellent critical reception and the continued success of the Builders spin-off. Only last month Square Enix confirmed the game had surpassed 1.1 million units shipped.

Unfortunately, that seems to have taken its toll on Dragon Quest Builders series director Kazuya Niinou, who recently announced he was leaving Square Enix after feeling “burned out” working on the game.