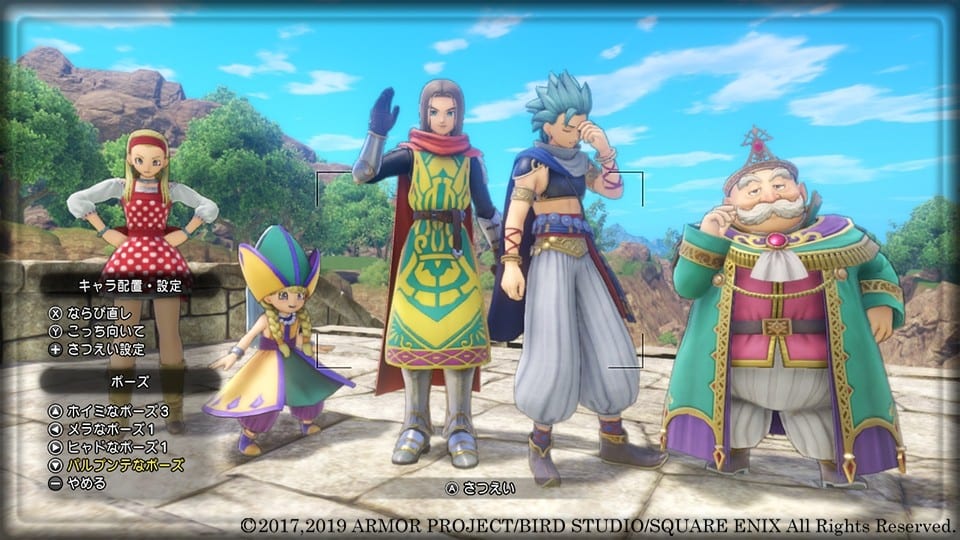 Square Enix is preparing to release Dragon Quest XI S: Echoes of an Elusive Age – Definitive Edition, and the publisher sent in new screenshots showing another feature exclusive to this release.

The Nintendo switch version of the game will get a photo mode, which has proved to be a very popular feature in many other games.

You can set your characters’ orientation and order in line, hide them, add blur effects, change poses for each character, and much more.

It seems to be a quite powerful tool that I bet many will enjoy.

Check out the screenshots below, and see if they entice you to grab the game (or double dip if you already have the PS4 or PC version).

If you’d like to learn more, you can also enjoy plenty of comments from the developers made at PAX West, the most recent trailer, a previous gallery of screenshots, more gamplay footage, a trailer showcased during Square Enix’s E3 presentation, and quite a lot of gameplay showing once more the features exclusive to Nintendo Switch, and the previous batch of screenshots showing the stories dedicated to the other members of the party.