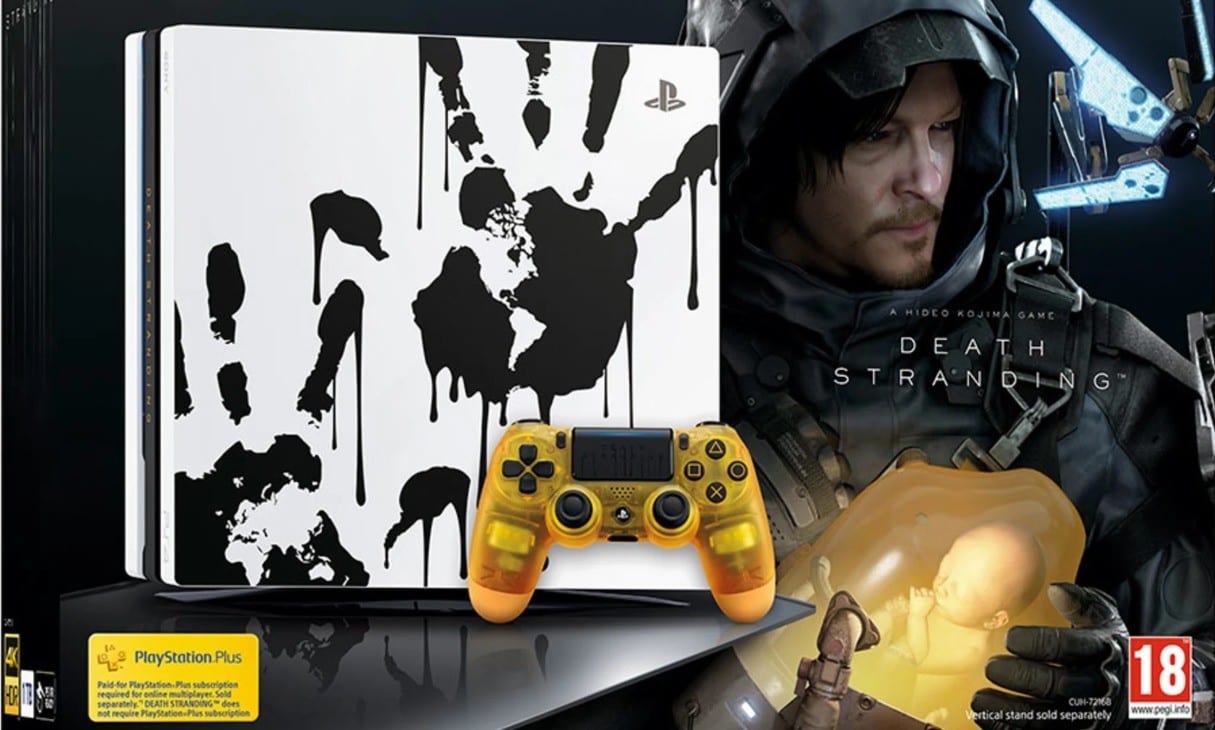 Connectivity is one of the core themes of Death Stranding, which is cleverly weaved into the gameplay experience via an inventive multiplayer system that Hideo Kojima has coined “social stranding.” Naturally, you’d have thought this would all necessitate a PS Plus subscription, but it turns out that isn’t the case.

As spotted by eagle-eyed observers over at MP1st, the newly revealed Death Stranding Limited Edition PS4 Pro console box (seen at Game UK) has a disclaimer on the very bottom that reads:

Paid for Playstation plus subscriptoin required for online multiplayer sold separately. Death Stranding does not require PlayStation  plus subscription.

The first sentence seems a little unnecessary, but it’s likely a standard disclaimer. The second is obviously confirming that Death Stranding’s multiplayer doesn’t actually require any sort of subscription to PS Plus.

It’s funny to think that if you went back in time and tried to impress somebody in the mid-2000s with the fact that a new AAA video game didn’t require you to pay a subscription to use its online functionality, they’d have looked at you in bewilderment. But this isn’t the early 2000s anymore and this sort of thing is, unfortunately, typically standard practice.

Even Bloodborne’s multiplayer required a PS Plus membership, and that was a similarly unconventional sort of system as Death Stranding.

But there you have it, Kojima is obviously serious about connectivity as a theme and he doesn’t want a paywall to take that away from anyone. A round of applause, everybody!