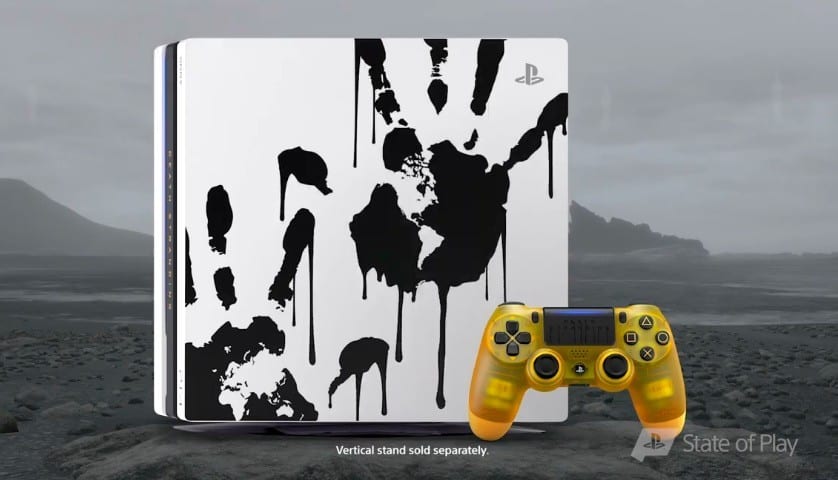 Death Stranding had been expected to show up at PlayStation’s latest State of Play broadcast, and so it did –though not quite in the way we expected. A limited-edition themed PS4 console was revealed, which is set to launch alongside the game later this year.

As you can see, the rather spooky looking machine features the hand-prints from the game’s very early cinematic trailer reveals. You know, back when we were all scratching our heads trying to work out why an invisible baby was crawling across a barren, mud-soaked wasteland as Norman Reedus watched on. Things haven’t gotten all that much clearer since then, come to think of it!

Anyway, we’re stoked for Death Stranding and this new console looks pretty swish. It even comes with a cool orange controller that has a baby inside!

There’s no word on price yet.

You can get a better look in the trailer below:

Other reveals during the broadcast include an all-new adventure game called Arisen, and we also got to see plenty more of the awesome MediEvil Remake.