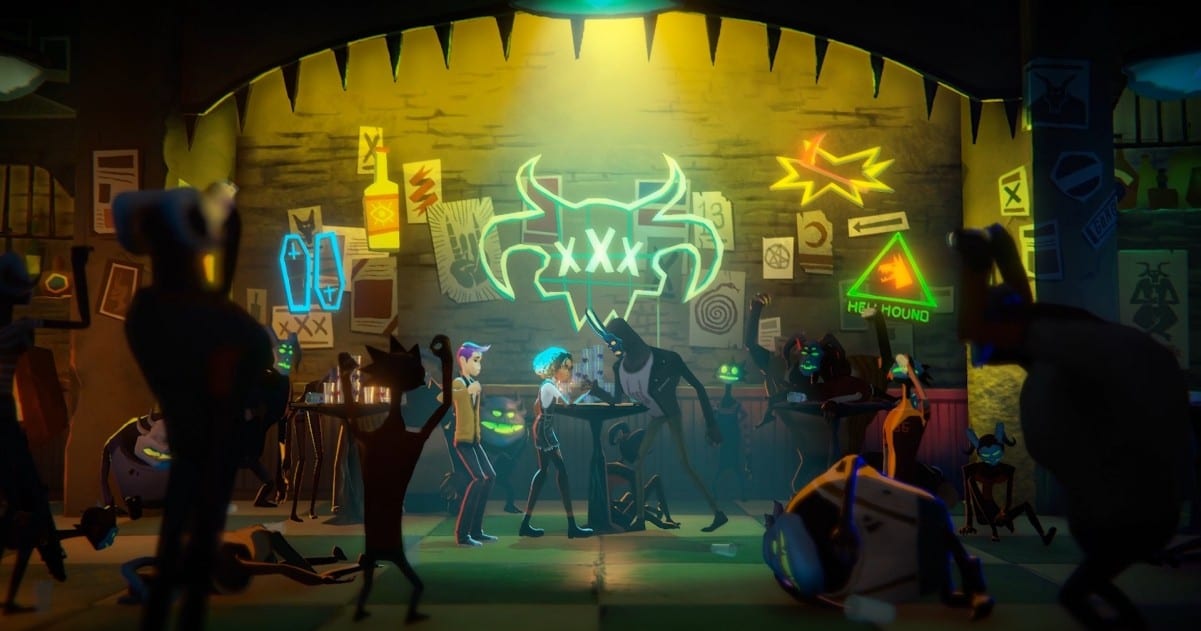 Night School Studio’s drunken romp through Hell, Afterparty, now has a confirmed release date (Oct. 29), as well as some extra details and news of a new Dynamic Theme.

The game protagonists, long-time friends Milo and Lola, visit Hell, but not necessarily the Hell we all know and (possibly) fear. Instead of an eternity spent on fire, they will have the opportunity to convince Satan to allow them to re-enter Earth, but only after drinking an eternity’s worth of beer.

Satan will allow the pair to return to life if they outdrink him, but downing shots is only half the battle. Players will have to negotiate the trials, tribulations, and straight-up needy problems of Hell’s denizens, all with the goal of building relationships which help Milo and Lola drink smarter.

The studio, known for its work on the excellent Oxenfree, has endeavored to put a new spin on narratively-focused games. As such, players will control both characters, with the peaks, troughs, and idiosyncrasies of their relationship at the forefront.

The title is designed to pay attention to how the player interacts with Milo and Lola which then shapes how the story plays out. The two friends, who, prior to death, were about to part ways for college, are having a rocky time, so mending that in a world dominated by alcohol sounds pretty difficult.

The bread-and-butter gameplay of Afterparty is a mix of choosing the right drink, building the right relationships, maintaining Milo and Lola’s friendship, and being really good at pub games. The game’s 30 drinks all impact each character’s personality in a different way, which then affects how they interact with each other, Hell, and Satan himself.

For those interested in the game, be sure to re-visit Twinfinite’s interview with Night School Studio co-founder and studio director Sean Krankel. Not much is known of the game’s new Dynamic Theme other than the fact it will “turn your PS4 dashboard into a demonic pub.”

Afterparty launches Oct. 29 on the Epic Games Store, PlayStation 4, and Xbox One. Sounds like the perfect Halloween.