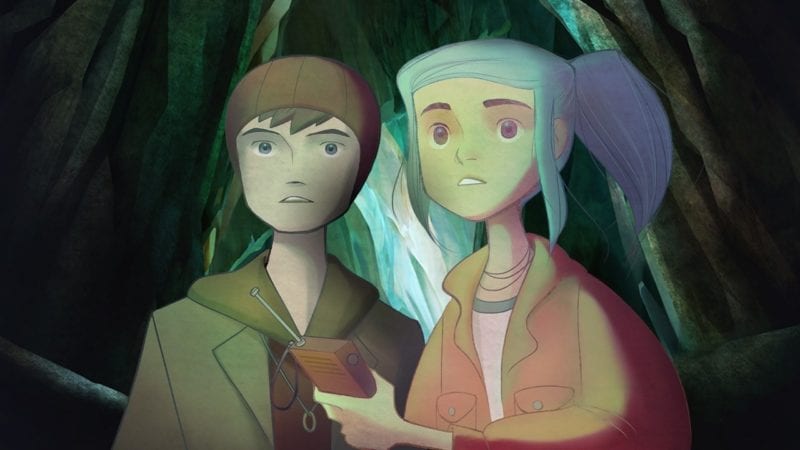 Treading the blurry line between movie and game ever so slighty is the point and click adventure genre that gaming has grown up on. Providing a rich, cinematic experience while mentally putting you in the place of the protagonist is what this genre is all about. Oxenfree, from indie developers Night School Studio, sets out to weave together a story for the reader that, given the chance, will not be forgotten anytime soon.

It’s inherently difficult to argue for a game like this based on its gameplay. Simply put, there’s not much of that. There is a speck of it hidden within, consisting of walking between areas, waving your mouse in a circular motion, and choosing what you want the main character to say. You will not find any combat system, nor puzzles, nor action, nor skill points or anything of the sort that is tied to what a traditional game is.

Rather, Oxenfree pulls off being one of the best games released so far this year by simply engrossing you in its world. There is something to be said about a game that doesn’t need to have that much gameplay to be a very fulfilling experience for a player. That’s exactly what Oxenfree accomplishes. 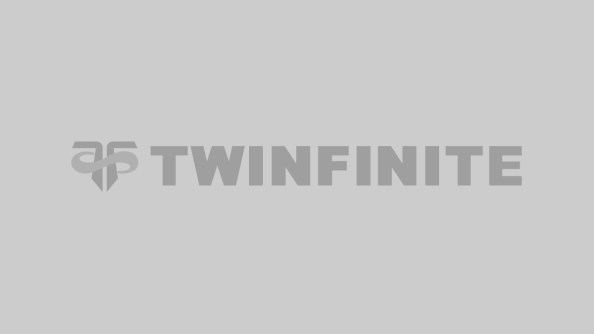 The characters are introduced and instantly you feel like you’ve known them for years, just like Alex, the already iconic gaming hero. You’ll learn their quirks organically through conversations as well as through your possible responses. You can establish relationships with each character based on your reactions to the things that they say and whatever happens. The beauty of learning their backstory is how perfectly intertwined within the story it’s all presented. Nothing is shoved down your throat, you piece things together from things that the characters reveal themselves that make up the greater part of the game’s story.

And what a story it is. For three to four hours (not counting the time it would take for you to grab all of the collectibles as well as see all of the endings) you’ll be wholly focused in a tale of mystery, friendship, and time travel. Oxenfree’s story has a great grip and, if allowed to, it won’t let you go until you’ve finished it. Don’t be surprised if you binge it all in one night. I won’t spoil anything, but I can see it definitely being one of the coolest stories in gaming this year.

There is a negative factor, however, that could be brought up with the game taking around three hours to beat and it costing $19.99. But for an experience that you will absolutely enjoy every minute of those three hours, the asking price is well worth it. Especially when the only complaints I can muster are that you might find yourself walking in the completely wrong direction and the game won’t tell you. And then there’s the bit of far-fetched nature involving the enemies in the game. Even in a game with supernatural aspects, they’re a bit hard to believe and their real motives are difficult to grasp.

Besides those two slight issues, Oxenfree is a compact, fresh experience that introduces lovable characters, a phenomenal soundtrack, and one of the no doubt dopest endings this year.