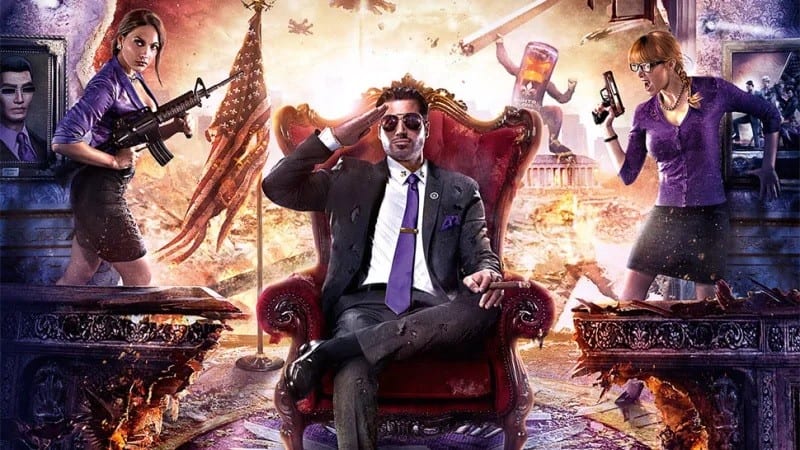 THQ Nordic recently released its financial report for the year. In it, they mention development plans for many of their popular game series like Saints Row, Dead Island 2, and TimeSplitters. THQ Nordic had previously acquired Deep Silver and Koch Media and this report shows what the company has been up to since then.

Some of the biggest takeaways from the report have to do with their future plans, changes for their development companies, and their games.

In the report, THQ Nordic states:

“Looking ahead we expect to have at least two major AAA-releases during the next financial year ending March 31, 2021. In total we have 81 games under development whereof 47 were still unannounced by end of the quarter.”

These 81 games are spread out across THQ Nordic’s companies like Deep Silver/Koch Media, Coffee Stain, THQ Nordic itself, and many of their other branching companies.

More specifically, Volition is in deep development of a new Saints Row game which they describe as the first full entry since Saints Row IV back in 2013. So, unlike Gat Out of Hell, THQ Nordic seems to be teasing a full fledged game to bring back the series.

Additionally, Dambuster Studios, the developers of Homefront: The Revolution, is in charge of the Dead Island franchise now and, according to THQ Nordic, they’re leading the development for Dead Island 2.

And with the vague “at least two” description, there can be plenty more surprises in the upcoming future especially since Fishlabs, known for its mobiles games like Galaxy on Fire, is currently working on a number of unannounced projects according to the report.

Another potential surprise comes from THQ Nordic’s earlier acquisition of the TimeSplitters series. They state:

“Last year Deep Silver acquired the much-loved TimeSplitters IP. We’re delighted to announce that one of the series’ creators, Steve Ellis, has joined us to help plot the future course for this franchise.”

Since this isn’t technically an announcement, a future TimeSplitters game could be a part of those 47 unannounced games.

THQ Nordic finishes the report with a nod towards Gamescom, stating that it is apart of their many upcoming marketing activities. So, some of these unannounced games could be planned to be further teased and mentioned once Gamescom rolls in next week.

For more on THQ Nordic’s games, here’s more on the Saints Row movie, our review on Metro Exodus, and news on Darksiders II coming to the Switch.