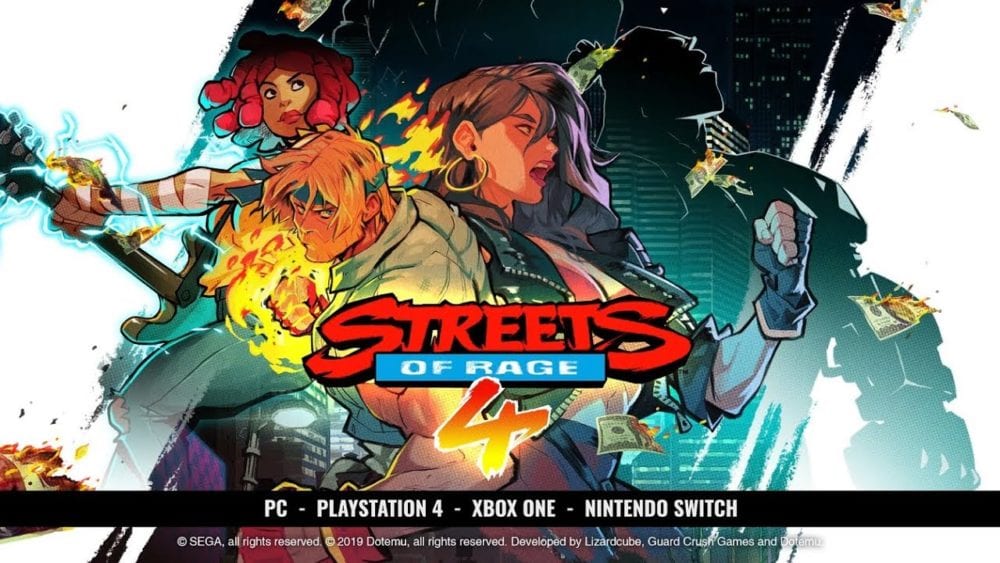 The latest trailer for DotEmu’s Streets of Rage 4 revealed a new character named Cherry Hunter whom will join the current roster of Axel and Blaze and also confirmed that the beat ’em up will be coming to Switch.

Cherry Hunter appears to be agile, and carries a rocker theme to her as her special abilities see her charge through a group of enemies while blasting a note from a guitar.

According to the developers, Cherry Hunter is the daughter of Adam Hunter from the first game. She originally wanted to follow in her father’s footsteps but instead fell more in love with her guitar and apparently developed a fighting style that embraces her two passions: fighting and music.

Based on the new “title” artwork updated with Cherry Hunter above, there appears to be silhouettes for at least one, if not possibly two more characters that have yet to be revealed.

The trailer also shows off the some of the sweet, sweet music that by the original Streets of Rage composers. When we previewed the game back at PAX East, the demos was using the soundtrack from Streets of Rage 2 as a placeholder and it was up in the air what the deal with the music would be.

Fans let go a collective sigh of relief though once it was announced the original composers would all be back for Streets of Rage 4.

This was the last concern that I had personally. The gameplay was excellent even in such an early state and the art style, although jarringly different, looks way better in person than it does in stills.

Streets of Rage 4 is coming to PS4, Xbox One, Nintendo Switch and PC, but the release date is still TBA.