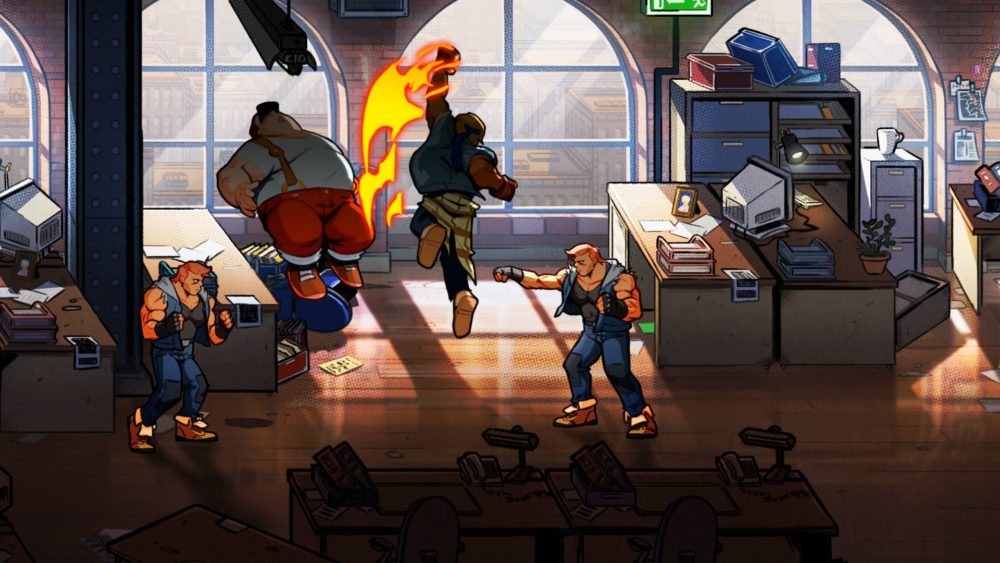 I consider myself a die-hard Streets of Rage fan. Growing up a Genesis kid, I played Streets of Rage 1 & 2 an ungodly number of times. Any time it’s re-released on a modern platform, I snatch it up.

For years, Sega gave fans little reason to believe that they would be willing to return to the IP, but after the success of Sonic Mania, Sega appears willing to allow third-party developers to have a shot to create new games for dormant, but still beloved, IPs.

The first impression of developer DotEmu’s Streets of Rage 4 was a bit muddled. Excitement that the game was going to exist was tempered by trepidation over an art style that looked very different than the pixelated 16-bit classics. Count me among the people who weren’t thrilled with the direction.

It brought back memories of Sonic the Hedgehog 4, and I feared that Streets of Rage 4 would be more of that, and less of Sonic Mania which is a faithful follow-up, through and through.

After going hands-on with Streets of Rage 4 at PAX East though, almost all of my fears have been erased. While I’d still prefer an art style that is reminiscent of the classics, and there are still quite a few unanswered questions, the gameplay I got to experience sold me that DotEmu knows what they are doing.

The most important thing is of course, the combat. The demo we played was extremely faithful to the original game and played great. I was able to punch, jump kick, grapple in a way that felt exactly like the Genesis titles. Returning enemies moved around just like they did in the past, and I was able to counter them in the same way too such walking down on them from an angle to get a grapple in.

There are a few key differences worth mentioning though. The damaging special moves still exist, but have a new mechanic that allows you to recover the lost health by dealing damage without getting hit.

It’s a smart change that makes it more fair so players actually want to use it, without throwing away all of the difficulty and strategy behind it. There are also new Star Attacks that can only be used a certain amount of times per stage but deal a lot of damage when used correctly.

You can now also bounce and juggle enemies off the edges of the stage and with a partner if you’re playing two-player for extra damage. This creates a fighting game-like juggling mechanic that felt very satisfying, especially when I was working together with another player.

An odd change for Streets of Rage 4 that I wasn’t as thrilled about is the removal of dashes and dash attacks. You can’t double tap and fling yourself at enemies anymore or run around the map. However, the developers pointed out that there are new combos that can be performed by the characters which offset this.

For example, with a few button presses Axel will preform a charging punch attack which somewhat similar to a dash attack. Perhaps if Skate is added eventually, this will be a style of play exclusive to him.

As far as Streets of Rage 4’s art style goes, screenshots don’t do it justice. The game looks much better in motion. Some like myself would still rather 16-bit, but it’ll certainly do and some might like it better.

There are still a few lingering questions outside of the release date, which DotEmu was not ready to announce yet. The biggest one is the music. The demo used placeholder music which happened to be Streets of Rage 2 music which of course is great… but fans are likely hoping that DotEmu will add music that is new but just as great.

It’s going to be a tough standard to reach as the Streets of Rage game soundtracks are up there among the best of all-time. At the time of our demo though, DotEmu wasn’t ready to talk much about the music, but recognize that the music is a core part of the Streets of Rage experience and are taking it seriously.

All in all, SoR fans should be very hyped for Streets of Rage 4. There are still other potential pitfalls like the difficulty and length of the game which could trip the final product up, but so far, so very good based on what we have played.