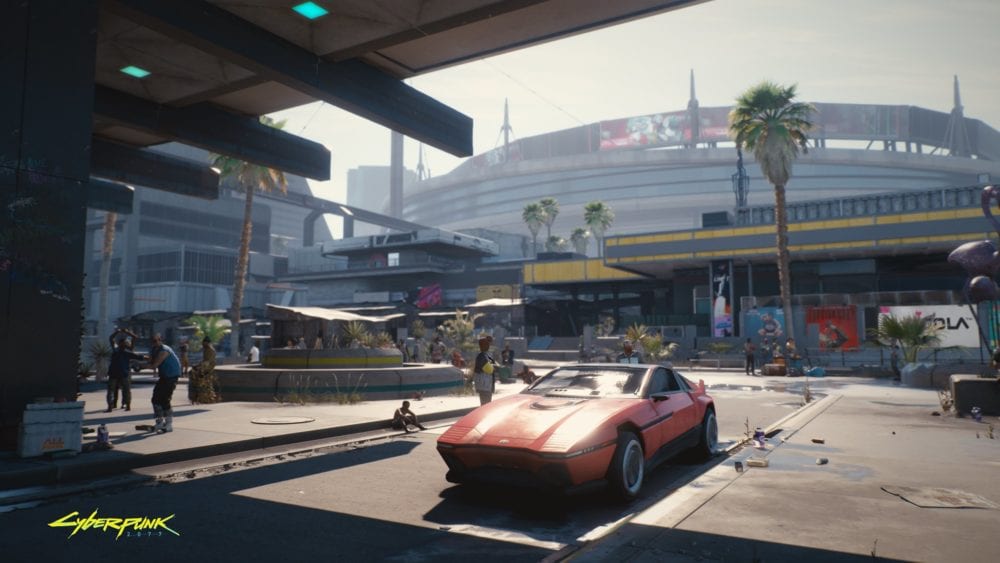 With Gamescom now in full swing, CD Projekt Red is upping the anti and showcasing a bunch more Cyberpunk 2077 screenshots via its Twitter channel. Today we get to see Night City in even more detail with various images that include city vistas, conversations with NPCs, bar scenes, and a gorgeous shot of a futuristic car.

You can check out the images for yourself in the below gallery:

The images are hot off the back of yesterday’s announcement that Cyberpunk 2077 will be coming to Google Stadia during the platform’s Connect showcase. There we saw an extended developer diary that explained some of the thinking behind bringing the game to the new platform in brief soundbites from various CDPR developers.

Cyberpunk 2077 will be on the show floor during Gamescom 2019, though we’re not expecting any extended gameplay to be released to the public quite yet. So expect more image teases like today’s for a while yet…

Last month’s images included imposing images of the game’s baddies and group leaders like Sasquatch, leader of the ‘Animals.’