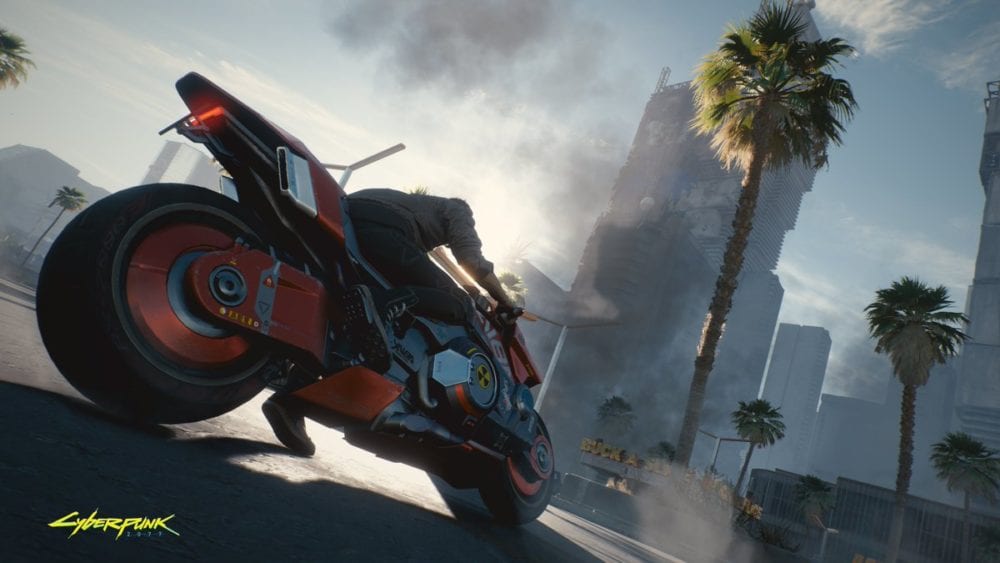 CD Projekt Red is at it again, today releasing new screenshots of Cyberpunk 2077’s vehicles in more detail, which continues a string of daily images showing off Night City’s delights throughout the week of Gamescom 2019.

The below screenshots show off a futuristic yellow car, as well as yet more images of the awesome Yaiba Kusanagi bike that we all can’t wait to take for a ride. There’s also another couple of swell shots of various Night City vistas.

If you’ve missed the previous screenshots shown off during Gamescom 2019 then check out yesterday’s images of dramatic combat scenes, and earlier ones highlighting Night City in astonishing detail.

Today’s images follow news that the public will get to see a 15-minute edit of the gameplay footage shown to journalists during Gamescom 2019. The video will also feature interviews with the game’s developers; CD Projekt Red has promised a stack of new information about the game.

Twinfinite has been at the show this week and had the opportunity to speak with CD Projekt Red; we discovered that flying cars might feature in the game.

Google Stadia’s Connect showcase was headlined by Cyberpunk 2077 on Monday with the announcement that the game would be coming to the upcoming streaming platform.