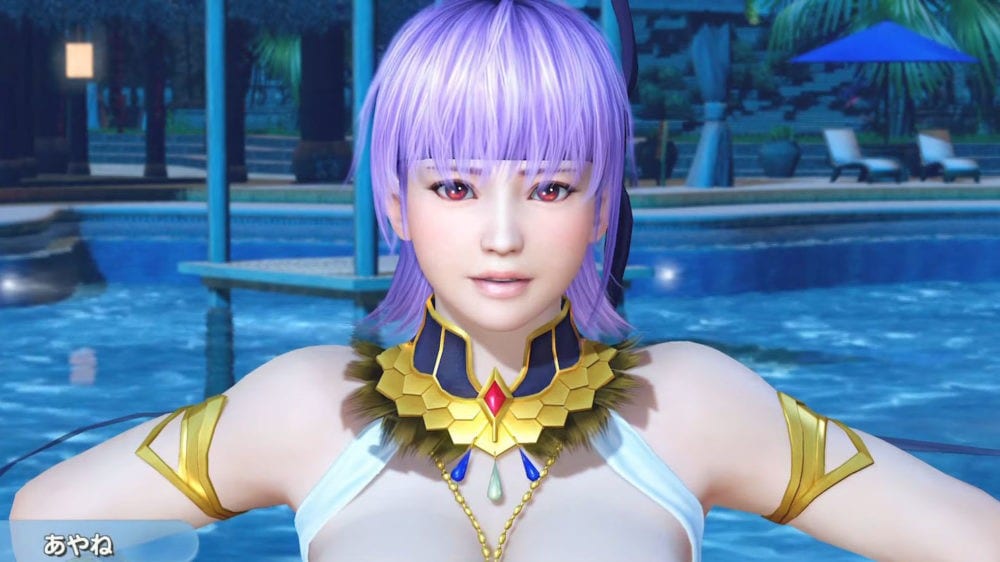 Today is already August 5 in Japan, which means that Dead or Alive Xtreme: Venus Vacation is celebrating another birthday for one of its waifus.

This time around the spotlight is on Ayane, but don’t expect to be the one enjoying any gifts. As a matter of fact, if you want to partake, you’re the one who will need to resort to the wallet.

The game’s wat to celebrate Ayane’s birthday is the usual, with a gacha banner that you can access only with paid V-Stones. Don’t expect good SSR rates either. The only perk is that the gacha also grants you a birthday cake that you can convert into XP.

You can check out the new outfit in the trailer below. Yes. It has a tail.

Do keep in mind that this specific costume is coming only to the Japanese version of the game. The Steam version in English is also doing the same operation, but the gacha features the costume released last year on the Japanese one, named “Butterfly Dance.” This makes sense since the Steam version is behind by more or less a year in content.

In the meanwhile, if you’d rather not spend money, the event that lets you take a shot at the new character Kanna is still going on for a few days.