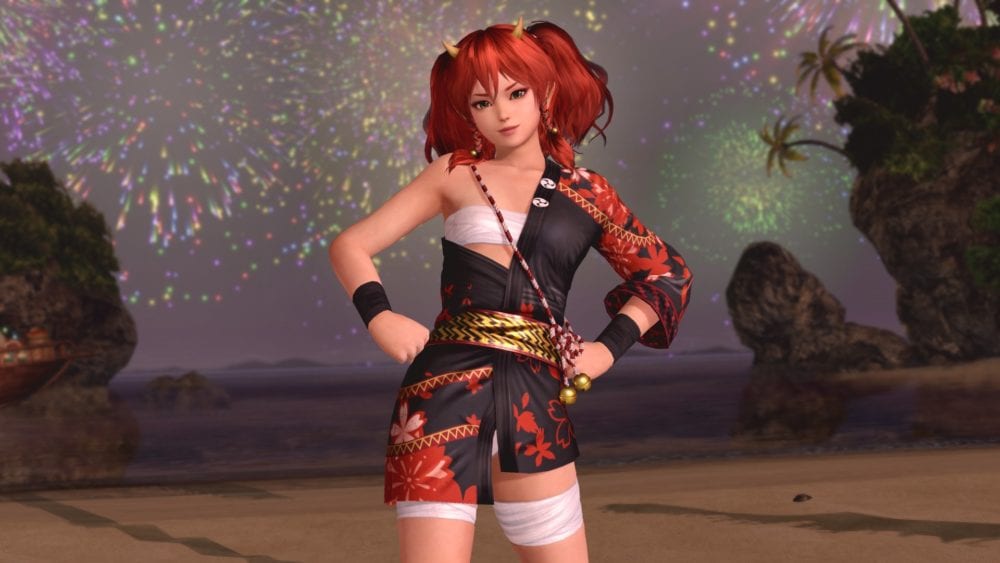 The most relevant new element is a new gacha that gives you a (admittedly fairly low, 0.38%) chance to unlock the latest new character Kanna without spending any real money.

This is actually unprecedented in the game, as we never got a free shot at a new character before the following one is implemented for paid V Stones only. What’s definitely not new is that we had to wait almost four months since Kanna’s implementation to get a small chance to add her to our roster without partaking in microtransactions.

The same gacha also includes the same SRR costume for Nyotengu, who most of you probably have unlocked months ago anyway.

You can check both costumes out at the bottom of the post in a new trailer and screenshots.

Do keep in mind that this is just related to the Japanese version of the game, as the Steam version is behind in content by about a year, and doesn’t include Kanna at all.

In other Dead or Alive Xtreme: Venus Vacation news, today the publisher announced that support for Windows 7 will end on January 14, 2020. This doesn’t mean that the game will immediately cease to work on the aging operating system, but compatibility won’t be guaranteed.