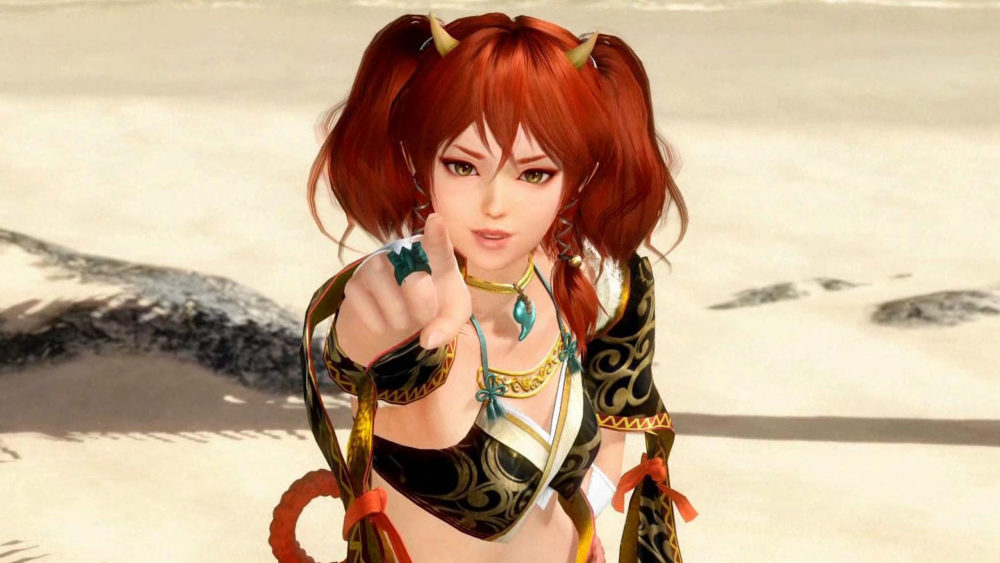 The new waifu is Kanna, and she is a super-cute Oni (Japanese demon) with horns, fangs, and all. After all, Dead or Alive already has a tengu with Nyotengu, so so a further foray in Japanese mythology won’t hurt for sure.

Kanna is voiced by Naomi Oozora, who you may know for Ylgr in Fire Emblem Heroes and Charlotte Anana in One Piece. She’s from Osaka, so you can expect an adorable accent to top the looks.

You can check her out in the video below, keeping in mind that for now, she appears only in the Japanese version of the game. The English version is over a year behind in content, so Kanna will come in quite a while to that one.

Even if you have the Japanese version of the game, you may want to hold off on trying your luck. As usual with new characters, Kanna comes in a rather pricey paid-only gacha with an abysmal 1.10% chance of unlocking her. She’ll likely become available for free later, but we don’t know when.

The good news is that this probably means that recently-added girl new Nagisa should get into a free gacha soon.