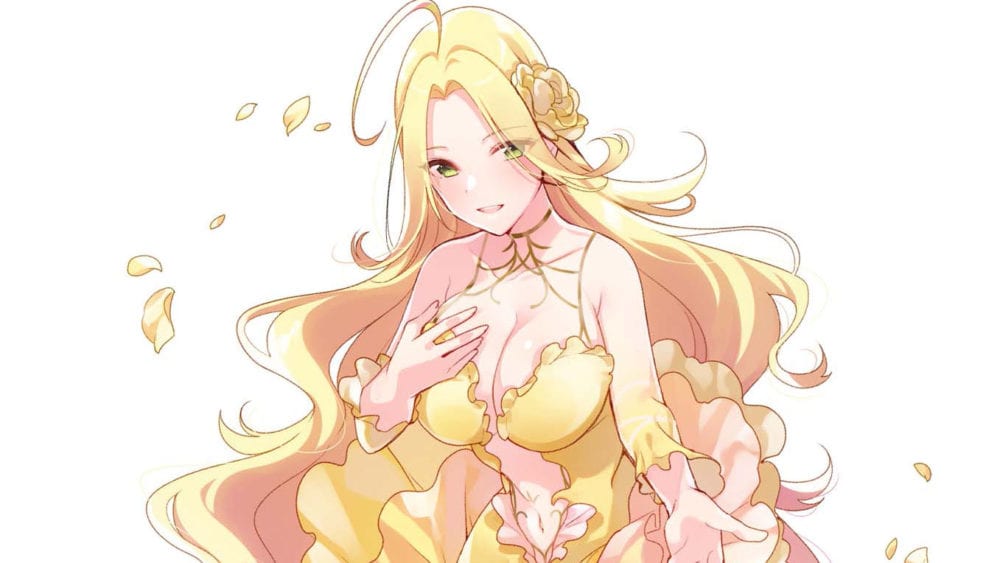 Before we get into it, do keep in mind that not all the screenshots will apply to the PS4 version, due to the censorship of several elements.

We get to meet some new characters. We get to see the grownup “Holy Flower” version of Flora, who definitely looks quite different. We also meet Alraune, a hostile villainess who aims to hinder the restoration of the garden.

The screenshots also showcase the “Hyper-L” feature, that let your character become a giant after reaching L-cup size. Not only she will deal more damage and receive less, but her attacks will also knock opponents back.

Within the “slow life” part of the game, there’s a minigame in which Flora asks you to remove bugs from her body and the hot springs that can restore fatigue (and obviously providing the inevitable fanservice).

When you find one of the spirits bathing at the hot springs there will be special effects. Fuuka doubles attack power and omega power acquisition. When you defeat enemies you can also drop a seed of a flower that will provide great bonuses.

With Hyouka you can play “big boobs rock-paper-scissors” (yeah, I did not make this up). By winning you can get more bonuses and even recover items and equipment that you lost in the dungeon.

Omega Labyrinth Life will release for Nintendo Switch in Japan on August 1. The PS4 is also getting a version censored so heavily that it doesn’t even have the same titled, dubbed simply Labyrinth Life.

No western release has been announced for now, but the South East Asian version will come with English subtitles. This means that even if we don’t get an official launch in the west, we still have the next best thing.

If you want to learn more, you can watch the latest trailer, read about the differences between the two platforms, check out the latest screenshots and a trailer which hilariously mocked Sony’s censorship. You can also listen to the latest character songs, more songs dedicated to more of the heroines, a third batch, and enjoy the previous trailer.