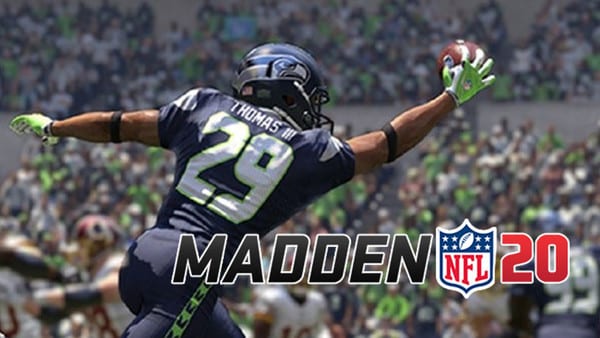 Madden 20 brings another year of classic football, this time adding on a few new wrinkles to the experiences’ gameplay and systems. Even so, it’s still the Madden that fans know and love, with all the aspects you might expect. If you’re not super familiar with the series, though, you might be wondering how to pull off actions like intercepting. With that, here’s how to intercept the football in Madden 20.

How to Intercept Football in Madden 20

Intercepting the football, once again, works very similarly to how it has in past Madden games. It’s simple enough to do, but the real trick is getting down the right timing and coverage.

When you’re in player control mode simply hit the Y button (triangle on PS4) at the right time to intercept the football. As we said before, though, you really need to get the timing down right, as if you fail to intercept the ball and mess it up there’s a strong chance there’s no one to stop the opposing team’s receiver.

You can also press Y at the right time when the CPU is controlling your defender, but it’s much easier to do when you’re directly controlling them. Sometimes it’s a better idea to just let the CPU handle it if you’re new to the game, as they’ll be able to keep up with the receiver much more easily, but don’t be afraid to take control if you think you can do it.

Madden 20 does bring a bit of a twist into all this, however, with its new Superstar X Factors feature. Because of this, certain players are now better at intercepting, due to having abilities such as Zone Hawk or Shutdown. For example, the Carolina Panther’s Luke Kuechly and Baltimore Raven’s Earl Thomas III both have Zone Hawk and Pick Artist, thereby boosting the likelihood of them successfully intercepting.

That’s everything you need to know about how to intercept the football in Madden 20. For even more tips and info be sure to stick with Twinfinite. You can also check out a few more guides just below.