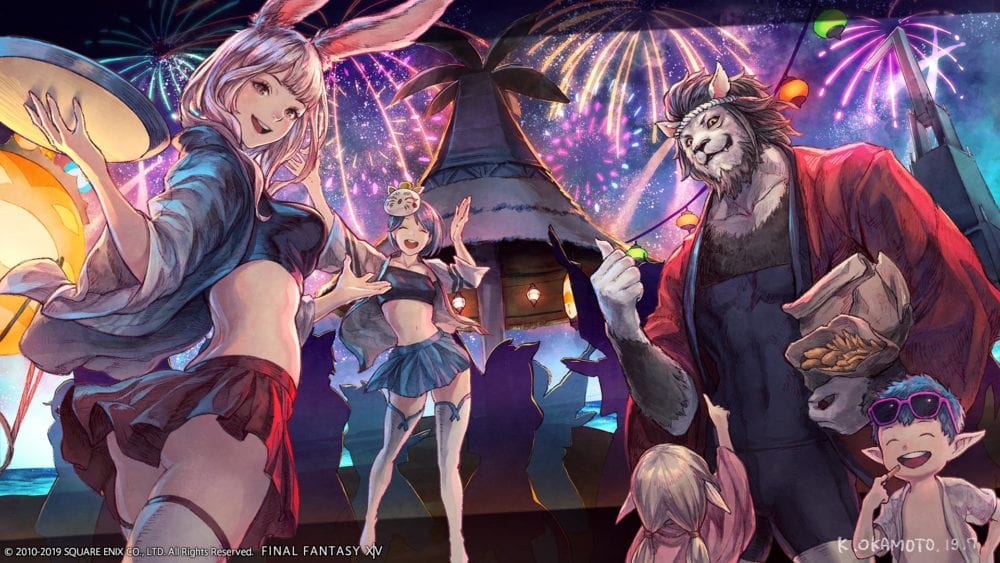 It’s that time of the year, and Square Enix is preparing to celebrate the summer with Final Fantasy XIV’s traditional Moonfire Faire event.

This year it’ll start on August 7 and it’ll end on August 26. While the specifics of the task at hand are unknown, for now, the “Look, Leap, and Live it Up” slogan seems to hint to the return of last year’s ruthless puzzle platforming minigame.

In order to start the quest, players will have to meet Mayaru Moyaru in the usual plaza on Limsa Lominsa’s Upper Decks. The only requirement is having achieved level 30 at least in one class.

Incidentally, the items appear to tie in with Final Fantasy XIV’s participation to this year’s Awa Dance festival in Tokushima.

Speaking of illustration, you can see a brand new one below. It’s pretty much a tradition for the game to accompany seasonal events with beautiful art, this time around from Okamoto-san.