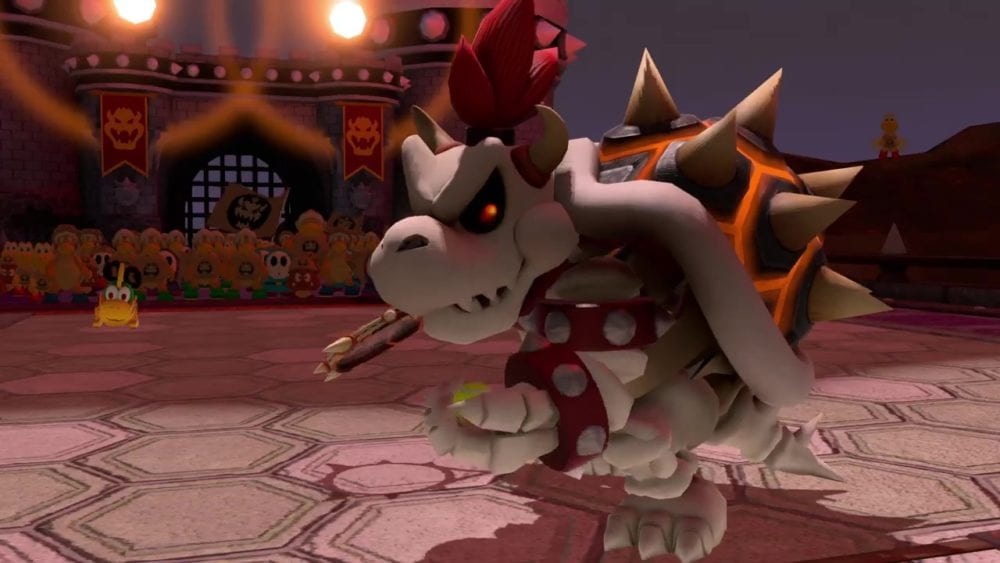 Much like previously released characters such as Boom Boom and Dry Bones, anyone that participates in the monthly in-game online tournament between July 1 and July 31 will receive Dry Bowser as a participation reward.

Once the tournament has concluded, Dry Bowser will be made available to everyone starting on Aug. 1.

As a bonus reward for playing in the competition in July, if players are able to amass enough points during the tournament, they will also unlock the classic overall costumes for Wario and Waluigi.

Because the tournament to receive Dry Bowser is an online competition, players are required to own a Nintendo Online subscription in order to participate.

Although they may look alike, Bowser and Dry Bowser play completely different on the court of Mario Tennis Aces. Unlike the regular Bowser who is a power-based character, Dry Bowser is a defensive juggernaut with a racket that is impervious to damage when failing to block certain shots.

Mario Tennis aces has been a title that has been supported heavily by Nintendo with post-release content and characters. Dry Bowser is now the 14th character added since the game’s launch over a year ago, giving fans of Mario Tennis Aces something to continually return to the game for.

The trailer below showcases Dry Bowser’s powerful arsenal of defensive maneuvers, his powerful trickshot and a devastating special shot that is bound to make him a mighty foe in tournaments to come.