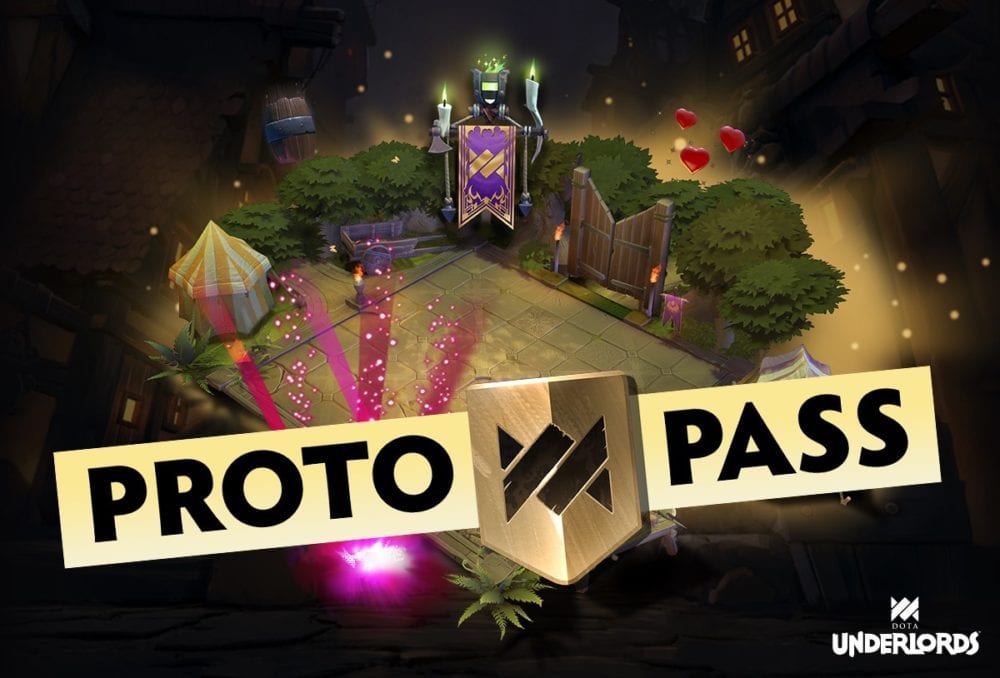 Valve’s Dota Underlords, the stand-alone auto chess game that is not connected to Dota 2 Auto Chess mod, launched its own battle pass today.

Called the Proto Pass, the battle pass is free to all Dota Underlords beta players. The game launched into open beta for Steam on PC alongside iOS and Android devices in late June.

The Proto Pass is similar to other games’ battle passes by offering cosmetic rewards for leveling up the pass through playing. Completing multiplayer and hardcore bot matches will earn XP, and there are daily challenges to earn XP faster.

Each level offers a different reward, such as the vibrant Path to Sunbreeze board at level five, win streak effects, respawn effects, banners, fireworks effects, portrait rings, bases that hold the banners, and preset messages to send during matches called “Yo’s.”

Valve said in the announcement that the Proto Pass is a “learning experience” and even offers a feedback button within the announcement. The studio said the feedback will be “critical” for creating the Season 1 battle pass. Considering the game garnered over 1.5 million downloads in its first week of open beta, Valve stands to get the pass right before charging for it.

The pass comes alongside an update for the game, which improves several UI elements and changes abilities for a few heroes.