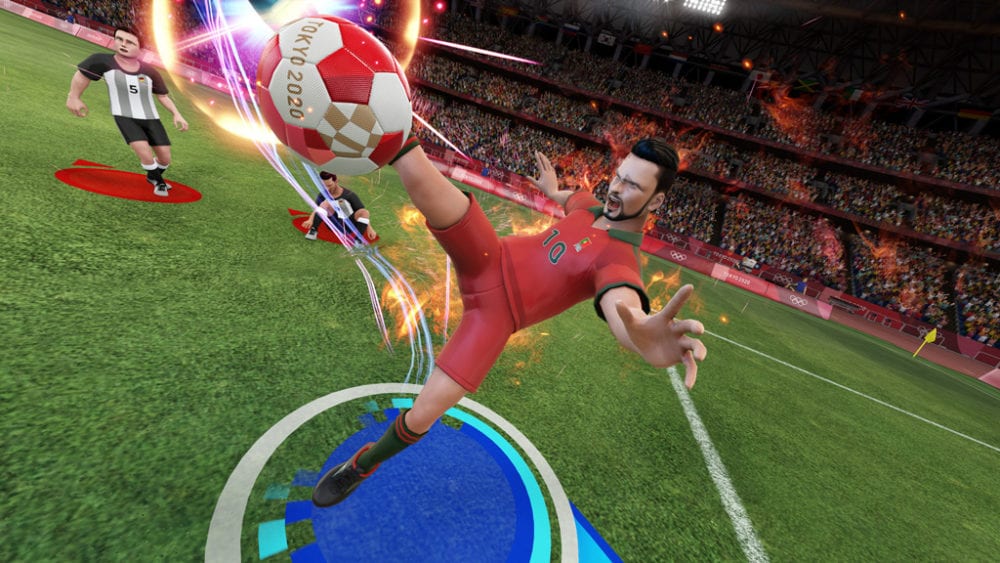 The videos showcase the mechanics and action of two more disciplines available in the game, Soccer and 200 Metres Individual Medley.

As usual, we get an exceptional player holding the controller for the camera: it’s Takeshi Matsuda, who won three bronze and one silver medal as a swimmer at the real Olympics between 2008 and 2016.

The trailers show how we’ll control our athlete to claim victory. All events offer unique gameplay, and pretty much none is similar to another. On top of that, while 200 Metres Individual Medley appears to follow a semi-realistic pattern, Soccer is quite a bit more cartoonish, including Captain Tsubasa-like special moves.

This is a common pattern within the game, with some games taking the route of realism and some looking more anime-like.

On top of Soccer and 200 Metres Individual Medley, the game features fifteen events in total, including 100m Dash and 100m Freestyle that were showcased in previous trailers, another batch revealed Boxing and Hammer Throw, and the latest pair showing Table Tennis and Basketball.