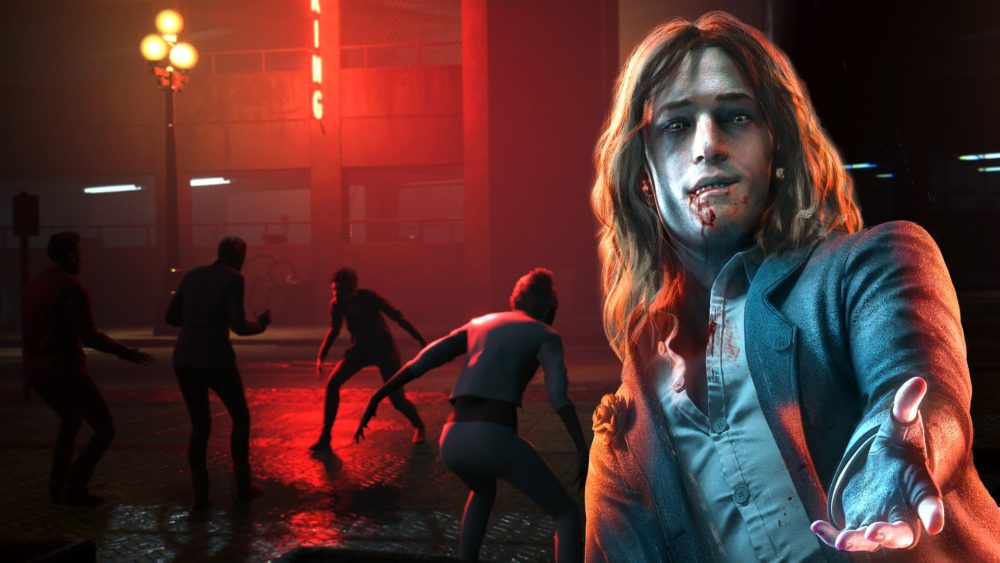 Paradox revealed a brand new look at gameplay footage for Vampire: the Masquerade – Bloodlines 2 at the PC Gaming Show presentation at E3 today.

It’s been a few months since the first reveal trailer for the game was released and this the fist proper look at what the gameplay entails, including supernatural combat, NPC interaction, and panning environmental shots of the game’s perpetual night-time setting.

The long awaited sequel to Troika and Activision’s 2004 cult hit vampire RPG, Bloodlines 2 is based on the World of Darkness tabletop role-playing game Vampire: the Masquerade.

The game is set in the city of Seattle, where you play as a newbie to the vampire world. In a society of bloodshed, social climbing and intricate hierarchies, its up to you to stay afloat and navigate your new life.

Narrative leads Brian Mitsoda and Cara Ellison also took to the stage to share some more about the game. They explained the function of the Masquerade, the upheld illusion humans hold that vampires don’t exist, as the key to manipulating mortals as a source of food.

Ellison described the game’s new resonance system, which lets players see the emotional aura of humans and feed off of them to feel them to get a specific boost from the emotion-infused blood.

She explained that your relationships with other vamps will be volatile and touched on your character’s backstory. You and many others were suddenly turned into vampires at the same time(in what’s called a “mass embrace”), and you can find these other newly embraced vamps throughout the world, some of which are having less of a good time than you are.

Paradox have previously explained that unlike its predecessor, Bloodlines 2 will be a first-person game. We got to see more of this today in the gameplay, which you can check out below, although you will be able to see your character at certain points in the game.

You can also watch the extended gameplay, which shows a section of a mission given to you. We get a good look at how you can use both your powers and traditional weapons in combat, as well as some of the clans we’ll see, and later be able to join, in the game.

Vampire: the Masquerade – Bloodlines 2 is set to launch in Q1 of 2020 on PS4, Xbox One and PC via the Epic Store. Learn about the game at the official site, where you can also pre-order.