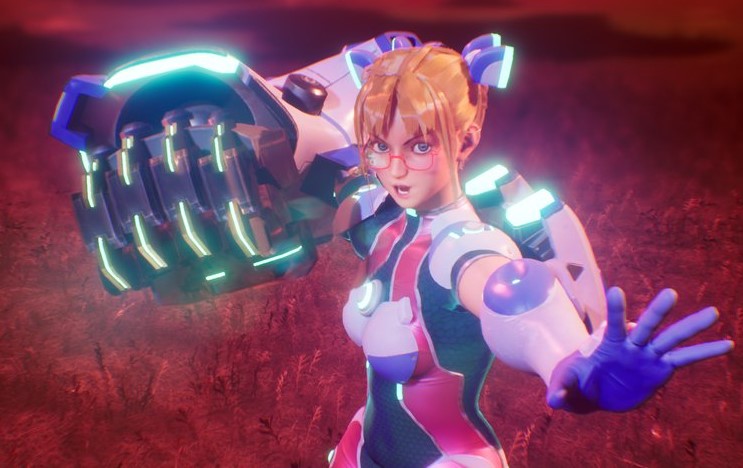 The official account for the fighting game Fighting EX Layer took to Twitter and YouTube today to show off some screenshots and gameplay of the previously announced character named Area.

Among other fan favorites, Area has always been a popular and requested character within this universe. A lot of people don’t know that most of these characters originally existed in the Street Fighter EX series of games typically released on the PlayStation 1 & PlayStation 2.

What sets her apart from the rest of the cast is her large mechanical arm, which allows her to do many hard-hitting special moves. She also has some unique trap & trick schemes during battles such as firing her own arm like a rocket or placing it down on the ground to act as a stationary hazard.

Area was originally revealed a few months back and scheduled to release in May but Arika announced soon after in a developer video that she would be delayed until either June or July. According to the latest Twitter post from the official Fighting EX Layer account, the fate of Area as a playable character is a bit unknown, stating,

The release of the AREA is still undecided, but I’m working hard. Please provide some support.

This could mean that she is close to being ready to release, but the game needs more support first before they can go ahead with it.

If you happened to miss some of our previous coverage of the game then check out the latest DLC plans, or maybe you’re just looking to see the latest trailers for the two previous DLC characters, Terry Bogard and Sharon.

You can check out the two latest gameplay videos of Area down below: