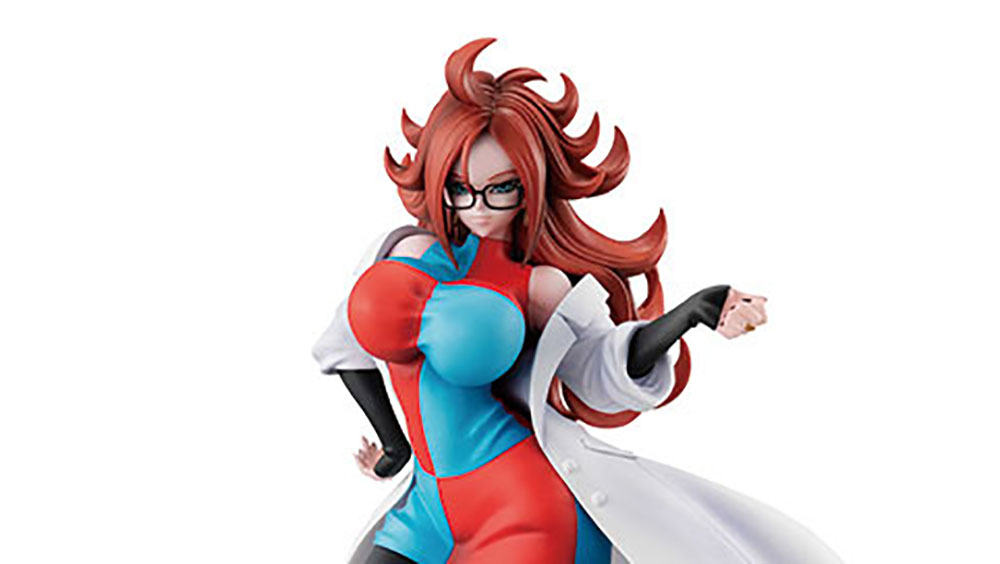 Dragon Ball FighterZ’s new character Android 21 has earned a nice degree of popularity among the fans of the series, so she’s getting another figure.

A few months ago, MegaHouse announced a figure of her transformed version which is coming out this month, and now we get one by the same manufacturer with her no-less-glamorous everyday looks.

She is now available for pre-orders at multiple Japanese retailers. AmiAmi has her listed for 11,120 yen, which translates into approximately $103. The release window is late October 2019.

She is sculpted by Ryutaro Kaminaga from Yamanekotei -nekohouse- and painted by Kenji Andou. She stands at approximately 210 mm tall, and you can find an official description below.

“To follow “Android 21 Transformed Ver.” (Sold separately) Dragon Ball Gals welcomes back “Android 21″ in her pre-transformed form.
21’s sexy proportions are wrapped in a lab coat as suits a researcher for this figure.

The asymmetrical 2-colored one-piece dress and boots, the voluminous hair, finger tips, and glasses are all precisely recreated as well.”

Dragon Ball FighterZ is currently available for PS4, Xbox One, Switch, and PC. If you want to know why it’s so well loved by the fans, you can check out our review.