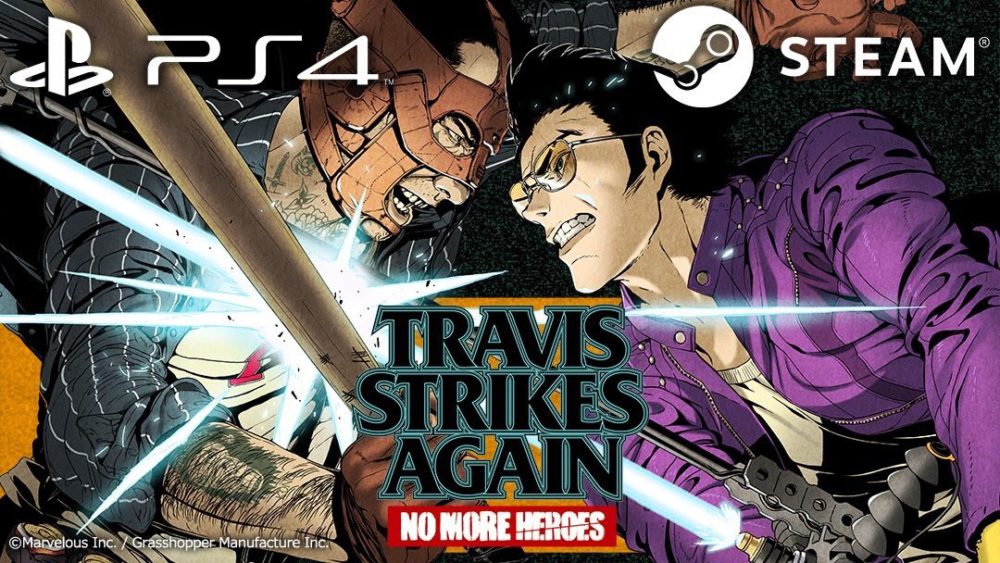 Today Marvelous Entertainment followed up on the announcement regarding the PS4 and PC ports of Travis Strikes Again: No More Heroes with its own press release.

While we still don’t have a release date or a price, we learn that the PS4 version will be published in North America by XSEED Games, while the European release will be handled by Marvelous Europe.

On top of that, a playable build of the game for PS4 will be presented very soon. More precisely, it’ll be available at Marvelous’ own booth at BitSummit 7 Spirits, which will be hosted between June 1 and June 2 at the Kyoto International Exhibition Hall in Japan.

Incidentally, Sakuna: Of Rice and Ruin by Edelweiss will also be playable at the same booth.

Just a few hours ago, we learned that the PS4 and PC versions of Travis Strikes Again: No More Heroes will include new collaboration T-Shirts.

If you did, the first DLC titled Black Dandelion and the second named Bubblegum Fatale have already been released, featuring Shinobu Jacobs and Bad Girl respectively.