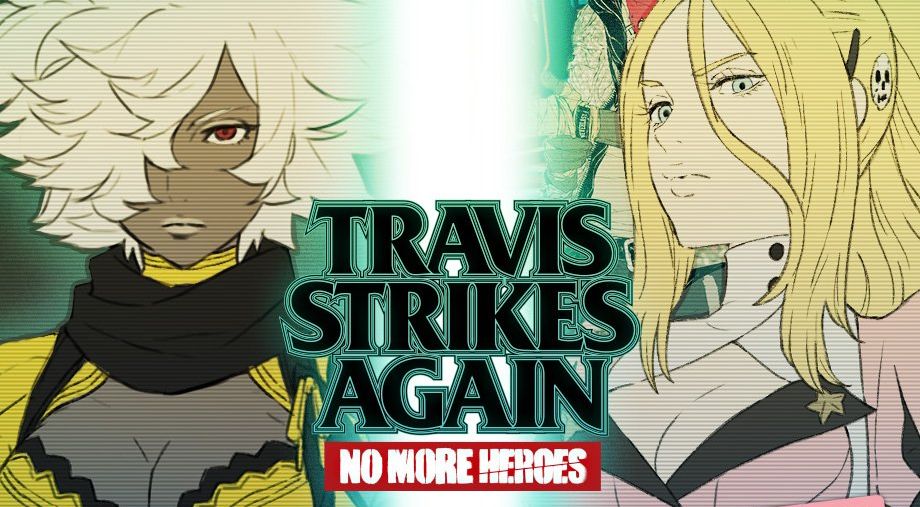 The first, titled Black Dandelion and coming out on Feb. 28, 2018, will include returning character Shinobu Jacobs as a playable heroine. The second, titled Bubblegum Fatale, will come with Bad Girl and the additional stage Killer Marathon on April 30th.

We also learn about the voice cast, which includes many returning actors. Robin Atkin Downes will reprise his role as Travis Touchdown, Steve Blum will be Badman, Kimberly Brooks will be Shinobu Jacobs once again, Kathryn Fiore will voice Bad Girl, and Greg Ellis will lend his voice to Brian Buster Jr.

Incidentally, yesterday’s issue of Weekly Famitsu included a comment from Director Goichi “Suda51” Suda, mentioning that his plans for 2019 include working on DLC for Travis Strikes Again so that a new numbered No More Heroes game can be made.

The game will launch exclusively for Nintendo Switch on Jan 18, and will also come in a pretty rad Collector’s Edition, which includes the Season Pass.

You can check out some images below. If you want to see more, you can also enjoy the latest trailer.