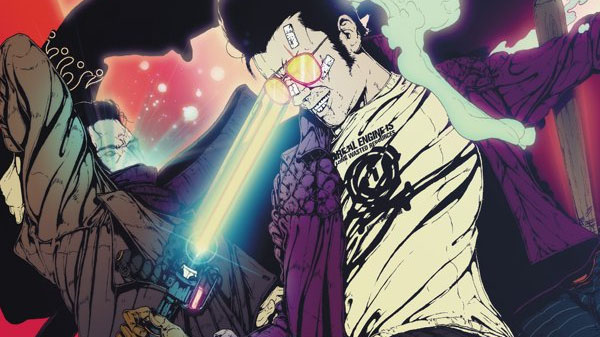 Grasshopper Manufacture has released a new trailer for the upcoming Switch exclusive, Travis Strikes Again: No More Heroes. The trailer is titled ‘Electric Thunder Tiger II’ and shows off one of the six stages that Travis will have to advance through alongside his rival, Badman.

The both of them end up trapped inside of a video game console called the “Death Drive MK-II” and by defeating each boss in the six worlds, Death Balls are obtained; the first of the two assassins to get all six Death Balls are granted one wish.

While Travis Strikes Again takes place after the events of No More Heroes 2, it’s not quite exactly No More Heroes 3, but more like a fresh start for our favorite exuberant assassin. That being said, it doesn’t mean that No More Heroes 3 won’t be a thing.

Travis Strikes Again: No More Heroes is set to launch on the Nintendo Switch eShop on Jan 18, 2019. For North American players, Nintendo will be distributing a physical version of the game that comes includes with a season pass for the action-adventure title.

We don’t know exactly what will be coming with the season pass, but there will be a new character, stage, and scenario available to download.

You can watch the brand-new trailer below: