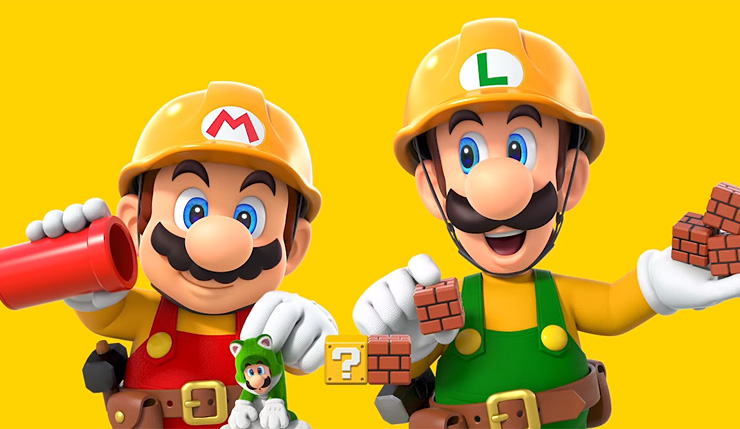 This past February, we got our first look at Super Mario Maker 2, the Nintendo Switch sequel to the fantastic Wii U level creation tool. It showcased a buffet of new features, including sloped inclines, new enemies, and a whole new theme based off of Super Mario 3D World (yes, in a 2D game). But for those who are still hungry for more details, there’s a fix on the very short horizon in the form of a Direct.

Nintendo announced over Twitter that a Super Mario Maker 2 Direct will be streaming live tomorrow, starting at 3:00 PM PT/ 6:00 PM ET. The video will run about 15 minutes, and will be “packed with information” about Super Mario Maker 2.

Tune in on Wednesday, May 15 at 3 p.m. PT / 6 p.m. ET for a roughly 15-minute presentation packed with information all about #SuperMarioMaker2 for #NintendoSwitch. pic.twitter.com/YUEDCzKQO4


What this Direct will actually comprise is anybody’s guess. Hopefully, Nintendo will incorporate an online infrastructure better than the first game’s. In Mario Maker for Wii U, search queries were limited to ID codes, making searching for specific course abysmally difficult.

In general, Nintendo isn’t the best at online functionality, but the most recent update for Super Smash Bros Ultimate included a competent (albeit lude) environment to browse and search for user-built stages. So perhaps Nintendo has learned their lesson.

Another addition that players have long begged for is a multiplayer component. It only makes sense, really – two of the New Super Mario Bros games have cooperative multiplayer.

Of course, a potential hiccup is that with online play, two players might experience some not-so-healthy doses of lag. For a platformer as precise and demanding as Mario, lag is unacceptable. Perhaps, if multi-player were introduced, it would be limited to same-screen play. We’ll just have to wait and see.

As per usual, the Mario Maker Direct should be available to stream on their website and YouTube channel.

Super Mario Maker 2 comes on June 28 of this year. While you’re waiting for the Direct, be sure to read 10 of our most wanted features from Mario Maker’s sequel.