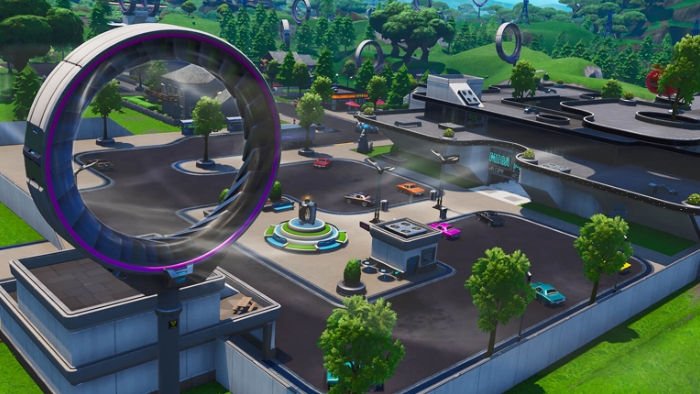 Some Fortnite: Battle Royale players are finding out the hard way about a change with the Slipstream wind tunnels introduced in the most recent patch that went live earlier this week.

These giant wind tunnels were added into the game with the beginning of Season 9 and allowed players to travel across the map by floating through the connected tubes of flowing wind alongside the new Sky Platforms that hover high in the air by vertical Slipstreams.

Fortnite players found them to be a hindrance in the late-game, smaller circles by either not being able to build through the wind or being blown into the storm, so studio Epic Games addressed the concerns by allowing building through them and disabling the Slipstreams after the fifth storm circle phase in the 9.01 update released earlier this week.

Since the change, players have been releasing clips and commenting of either them or other players falling to their deaths by jumping off Sky Platforms, not realizing or knowing that the streams have been disabled. Sometimes these accidental deaths have even led to the end of the match, often hilariously.

#Fortnite @FortniteGame wtf i was in slipstream lmao pic.twitter.com/1hZtMUN8h3

While the changes were mentioned in the patch notes, not all players are aware of every little change for a game that receives updates weekly. Especially when the Slipstreams continue to look as if they work normally, but have been disabled without warning.

The community has suggested a UI notification or removing the wind visuals completely when disabled, though Epic has not announced anything on the matter yet.