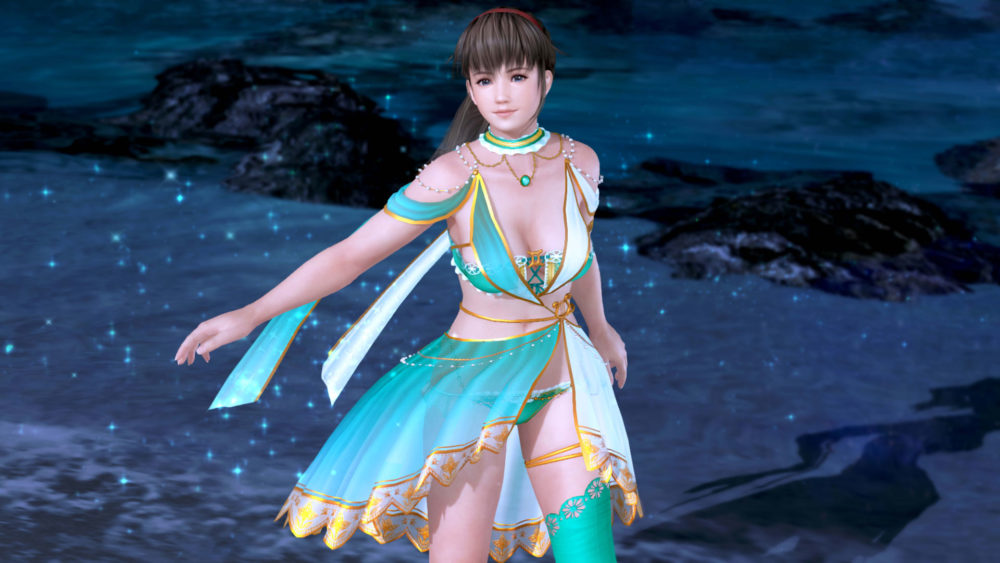 It’s already May 25 in Japan, and Koei Tecmo and DMM are preparing to celebrate another birthday in the free to play game Dead or Alive Xtreme: Venus Vacation.

This time around it’s Hitomi’s, but that’s the only difference compared to other birthdays. The method of celebration isn’t changing. Players are offered a gacha including a new SSR bikini for Hitomi, but it’s available only with paid V-Stones.

On top of that, the percentage of getting the new bikini is really low, so that’s not exactly what I’d consider a good deal. At the very least you get a birthday cake as a bonus, but I’m not sure how much that sweetens the pill.

For once, the event isn’t just happening on the Japanese version of the game, but also on the English one on Steam. The caveat is that since the Steam version is about a year behind in content, it isn’t getting the same bikini, but the swimsuit from last year’s event.

You can check out a trailer showing the new outfit below.

In more Dead or Alive Xtreme: Venus Vacation news, today Line Games announced the release of a crossover event that will happen in its popular mobile game Destiny Child.

It’ll start on May 30, and it’ll include three DOA girls made available in the mobile title as playable childs. While their identities haven’t been confirmed, the teaser image at the bottom of the post evidently reveals them as Marie Rose, Honoka, and Kasumi.

Incidentally, those who have been away from Destiny Child for a while are receiving the five-star child Dana as a “welcome back” bonus.

On the other hand, Destiny Child is available for iOS and Android. 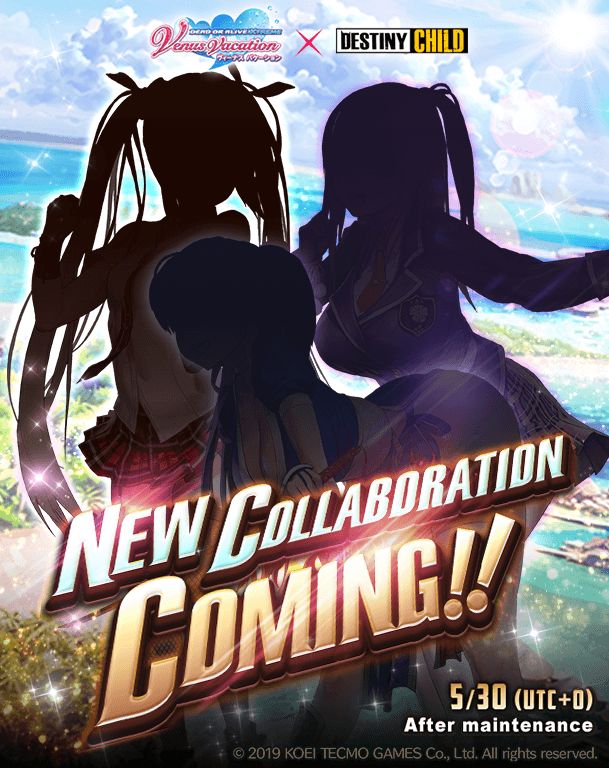