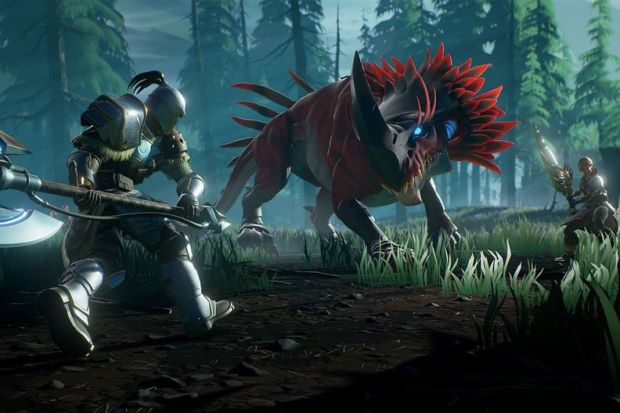 The team behind Dauntless took to Twitter to reveal some of the Action RPGs latest stats after one week, including the size of its growing player base:

An infographic shared by the developers  shows the following stats:

It hen wraps up with a nice joke about the number of times players have pet the in-game dogs being too high to count.

Thanks for making this first week one for the record books. (And if any veteran Slayers want to weigh in with #Riftstalker tips? Now’s the time.) pic.twitter.com/wW0KcDQtgT

The tweet also makes a nod to the team working hard on solving the long login queues to reassure players: “While we’ve been slaving the login queue, you’ve been slaying … EVERYTHING ELSE.”

Phoenix labs also thanked the players for “making this first week one for the record books”, going on to joke about how challenging the Riftstalker behemoth is by asking veteran players for help: “(And if any veteran Slayers want to weigh in with #Riftstalker tips? Now’s the time.)

Overall this report shows that a week after the official launch Dauntless is growing successfully and that many of the game‘s players are partying up across platforms – taking advantage of Dauntless unique position as a cross-play enabled game, similarly to Fornite and Rocket League.

Dauntless large player base is, of course, thanks to its free to play entry, making it a more accessible alternative to games of the same kind such as the Monster Hunter series – as well as offering a lower overall difficulty and simpler gameplay that anyone can pick up.

If you’re interested in Dauntless, check out our Dauntless open beta impressions.