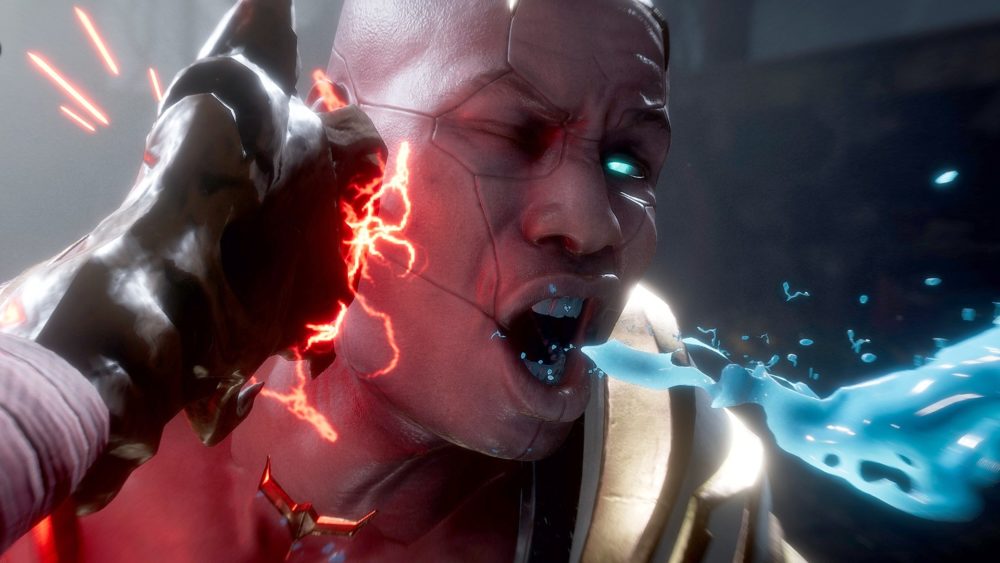 Manhunt is one of the most notorious games ever made, thanks to the unrepentantly violent deeds you’re forced to carry out. The survival horror sees a death row inmate suddenly find himself starring in a real-life snuff film and must kill off his co-stars in crowd-pleasingly savage ways to stay alive.

You’re kitted out with quite the toolbox when it comes to weapons. Crowbars, plastic bags, saws, hammers, and more can be used to work your magic on the gangbangers unfortunate enough to be your targets.

The game even grades your kills on how bloody they are, from the quick and clean “hasty” up to the slow and blood-drenched “gruesome”.

In this sci-fi horror series you’re not the only one with inventive ways to kill. Whether its by getting your torso pulled open or your head ripped off, there’s a seemingly infinite number of ways you can die to the hordes of the alien infestation.

Though you’re just an engineer, you can pick up a number of tools to help you shoot and slice through the aliens. Considering the zombie-like nature of the Necromorphs, dismembering is the only way they stay dead.

And we have to give a special gore shout-out to Dead Space 2‘s diagnostic machine that has you slide a long, thin needle into your own eye.

Based on the 2004 movie of the same name, although it has more in common with the Netflix series, The Punisher lets you live out all your goriest fantasies. The game stars Marvel antihero Frank Castle as the titular vigilante as he maims and tortures his way through the criminal underworld.

You can light people up with flamethrowers, feed someone into a wood chipper, power-drill into someone’s face, and do a ton more heinous things in the name of “justice”. It’s no surprise that THQ had to quickly tone down the violent kills with a black and white filter shortly before release.

Set in the 80s and with a retro soundtrack to match, Hotline Miami‘s top-down action is utterly vicious. The simple visuals don’t do much to soften your bloody kills as you wipe out entire rooms. We all know what those little red pixels flying everywhere are meant to be.

In the first game you play as a nameless, animal-masked killer who receives cryptic phone messages tasking him with mowing down mobs of gang members at their hideouts. The sequel takes off where its predecessor ends but gives you more playable characters, dynamic action, and an unlockable hard mode.

All the Postal games abound with chaotic violence but Postal 2 takes the cake, sets it on fire, pees on it, and blows it up with a rocket launcher. It was even banned in New Zealand due to its ultra-violent content and animal abuse.

With the tagline “Remember, it’s only as violent as you are!”, Postal 2 gives you seemingly mundane, non-violent tasks for each day like “get milk” and “pick up laundry”, but lets you complete them in any way you want.

You can be as peaceful as you want or as violent, but it’s a Postal game so you’ll definitely push the limits of how destructive you can be.

Another space-centered game, although this time it’s demons on Mars that you get to rip and tear through. The original game shocked with its carnage back in 1993, but the 2016 reboot gives you an up-close, HD look at all the gut-splattering and eye gauging you could ask for.

If you have any inkling of sympathy for most of the victims on this list because, hey, they’re people too, Doom gives you the perfect excuse to go ham. These guys are literal demons.

Your unrepentant slaughter of them is front and center in this game, made all the more enjoyable by the combat‘s high speed and the pumping soundtrack.

Mortal Kombat has always stayed super visceral over the years and is about as violent a game as you can get once you take shooters away.

A pioneer when it comes to video game violence, the series has given us 27 years of decapitations, spine rips, and blood-shedding, with the series showing no sign of watering it down in 2019.

Mortal Kombat 11 is no different in terms of sheer gratuitous gore. The bone-shattering X Ray moves of 2011’s reboot and Mortal Kombat X have been re-imagined as Fatal Blows and timing-based Krushing Blows. As expected, a lot of the most stomach-churningly gory scenes are also some of the funniest.

On the surface, Bloodborne might not look that much more violent than any other FromSoftware game, which still features a number of gruesome ways that you can kill and be killed. However, there’s one thing that puts the violence of Bloodborne far above the likes of the Souls games or Sekiro: the glossy tidal waves of blood that gush from every enemy and boss.

We suppose the clue was in the title, but the sheer quantity of blood flowing through this game is staggering – which is even more extreme when you use your visceral attack, making you wonder how much blood these beasts even have in them anyway.

2015’s Hatred has got to be one of the most controversial games made, not least for its aggressively edgy content. The game was made by a team of developers that thought the games industry had become too politically correct, although the existence of all the other games on this list kind of proves them wrong.

Hatred’s protagonist is about as unsympathetic as you can get. Bigoted and unstable, he embarks on, in his words, a “genocide crusade” against humanity.

The husky-voiced killer has an arsenal of weapons at his disposal and spends the game slaughtering cops and civilians alike – all while working towards his goal of killing millions by blowing up New York.

You could put the entire series on the list for raising the bar for ruthless combat that actually makes you feel like a god, but God of War III reigns supreme. In 2018’s God of War we got to see a more human and nuanced Kratos, but in III he’s nothing but a force of menacing range.

Although Kratos’ unrepentant actions make him almost irredeemable in III, they’re so incredibly enjoyable as you’re treated to the ultimate power trip. There’s nothing quite like yanking out a cyclops’ eye or wrenching the head off a sun deity with your bare hands to make you feel mighty.