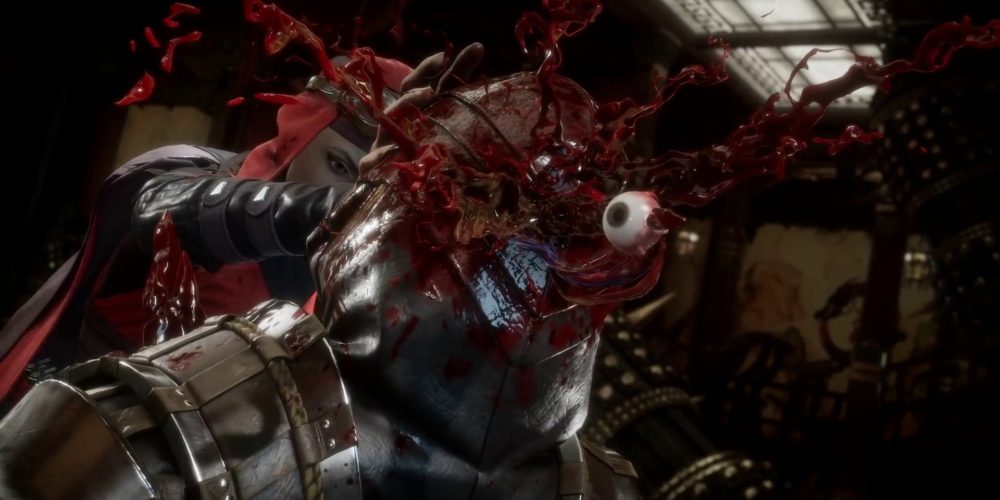 How to Do All Fatalities and Brutalities

Fatalities can be a bit tough to pull off, requiring a specific button combination done in the correct order in a correct location. The best way to practice is to go to the fatality trainer in Learn, and just practice them until you have it memorized.

Make sure you’re in the correction location (noted below) and take your time pushing the buttons. You don’t want to be too slow to the extent where the game can’t even recognize you’re stringing together buttons, but at the same time, if you’re just flailing hitting the buttons as fast as you can you won’t get it right doing that either.

For ease of viewing, all button inputs are labeled in PlayStation 4 otherwise it will be hard to read for everyone. However, we have a conversion chart for PS4 to Xbox One and Switch.

Square = X on Xbox One, Y on Nintendo Switch

Triangle = Y on Xbox One, X on Nintendo Switch

X = A on Xbox One, B on Nintendo Switch

Circle = B on Xbox One, A on Nintendo Switch

Additionally, all characters have The Klassic Brutality which is as follows:

There are a lot of hidden fatalities and brutalities that we have yet to unlock. As we unlock more over time, we’ll continue to update this list.

Bleeding Out – Have core overload active, and land a final hit via the Winter Winds Kombo (Back + Triangle, Triangle)

Mr. Cage’s Neighborhood (Close) – Forward, Back, Down, Down, Circle

To The Choppa (Mid) – Down, Forward, Back, Triangle

Slow Clap – Final hit has to come via Lethal Clap (Down, Back, Square)

Decapper: Final hit has to come via a Back Throw (L1/LB)

Food For Thought (Close) – Back, Down, Back, Triangle

Alternating Current (Mid) – Back, Down, Back, Square

Next Level Shit – Final hit must come from Bionic Dash (Back, Forward, Triangle)

Ice-Cutioner (Mid) – Back, Forward, Back, Triangle

Off With Your Head – Final hit has to come via an amplified slide (Back, Forward, X, R1

Spin Me Right Round – Final hit has to come via a Nomad Dash (Back, Forward, X)

Burn Out (Close) – Down, Back, Down, Forward, Square

One Inch Death Strike – Final hit must come via a Dragon Parry (Down, Back, X)

Punished – Final hit has to come via a Square Wave (Back, Forward, X)

Headed Nowhere (Close) – Down, Forward, Back, Down, Triangle

Bow Before Me (Anywhere) – Down, Down, Forward, Down, Circle

Melted – Final hit must come via a Blood Ball (Down, Back, Triangle)

Is Something Burning? – Final hit must come via TNT Toss (Down, Back, Square)

Phasing Through Time (Anywhere) – Back, Down, Down, X

Sinking Feeling – Final hit must come from Quick Sand (Down, Back, Square)

Maintaining Balance (Mid) – Back, Down, Forward, Down, Circle

That does it for how to do all fatalities and brutalities in Mortal Kombat 11 for PlayStation 4, Xbox One, and Nintendo Switch. For more tips & tricks for Mortal Kombat 11, be sure to check out our wiki guide. Finally, for our full thoughts, read our scored review of the latest and arguably greatest from NetherRealm.